return
The U.K. government is funding a 'sex ed toolkit' for schools that features a game where students roll dice and describe graphic sex acts. 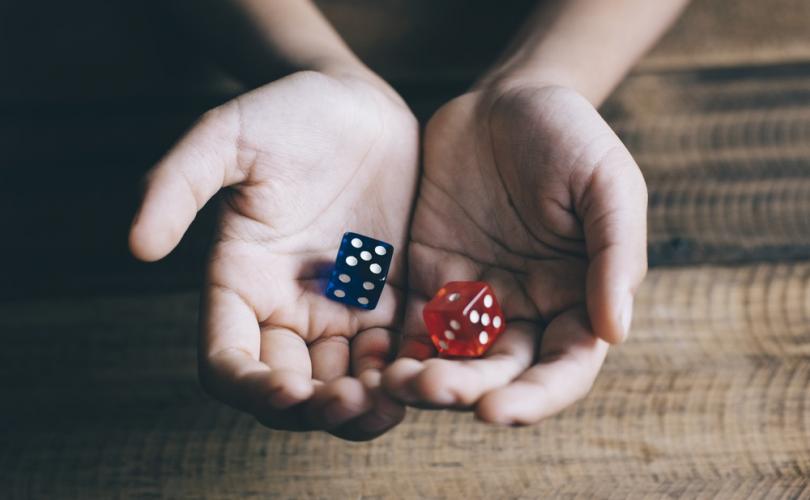 September 4, 2020 (LifeSiteNews) — For too long, well meaning parents have given public educators and activists the benefit of the doubt when it comes to sex education. Most people simply do not believe that public education would be engaged in the deliberate and systematic corruption of children or that activists are using public education to ensure that the upcoming generations embrace the entirety of sexual liberty and the LGBT agenda or that the eradication of chastity could be the entire point of all of this. But as story after story over the past several decades reveals, that is precisely what is unfolding across the West.

Consider, by way of example, this recent reportage from the Daily Mail. As it turns out, the U.K. government is funding a sex ed toolkit produced by the LGBT charity Proud Trust, based out of the LGBT+ Centre for Manchester. This organization seeks to promote and provide sex ed resources, and this particular toolkit was partially funded by the Tampon Tax Fund via the Office for Civil Society. From the Mail:

A new government-funded sex-ed toolkit is encouraging schools to get children as young as 13 to discuss explicit sexual acts based on the roll of a dice [sic] — but this has led to concerns that girls may be sexualised at a young age. The resource includes a game where children roll a dice [sic] featuring body parts such as ‘penis’ and ‘hand and fingers’ twice and are then encouraged to discuss the potential sexual acts carried out between them, The Times reports.

The toolkit, produced by the LGBT+ charity the Proud Trust, itself tells teachers to hold their nerve because some of the combinations ‘might seem impossible’ for children to talk about. Tanya Carter, a spokeswoman for Safe Schools Alliance, told The Times: ‘This ‘resource’ clearly breaches safeguarding. The tampon tax should be used to educate girls on their rights — not prematurely sexualise them.’
Some responded to this news with outrage, including Tory peer Baroness Nicholson of Winterbourne, who has written to education secretary Gavin Williamson on this sort of education in the past. More from the Mail:

The Proud Trust was awarded £99,960 in 2017 for their Sexualty [sic] aGender project and this latest ‘v2’ toolkit has been developed using some of these funds. The MP for Thurrock, Jackie Doyle-Price said that she fully supports the introduction of RSE into schools and ‘firmly’ believes that it would empower girls to take greater control over their bodies. However, on the subject of the Proud Trust toolkit she said: ‘It is with horror that I see materials being produced which do the exact opposite. Schools should be teaching about mutual respect and consent and safe sex.’

The Proud Trust claims that this explicit toolkit — which includes a die for kids to roll with options such as “mouth,” “penis,” and “hands and fingers” to prompt discussion on various sex acts, is “a fun, interactive, engaging, and inclusive sexual health toolkit, for use in secondary schools, colleges and other youth settings.” I’m not sure which of those words is most worrisome in context, but parents uncomfortable talking about coital matters with their children should be aware of what the alternative is — and who is filling the vacuum. Primarily, it is porn and orgs like Proud Trust — and there isn’t much difference.

Even questioning this sort of indoctrination is now considered anti-LGBT, but the truth is that unnecessarily introducing a wide range of sex acts to children is nothing short of grooming, and people and organizations who seek to do so should be kept away from children and treated with the utmost suspicion. Why, you might ask, do children need to know about all of these specific sex acts and essentially taught how to perform them? Why should groups and people who believe that sexual promiscuity and experimentation are positive things be permitted access by the government, often against the will of the parents? If those questions make you feel uncomfortable, it’s because they should.

These so-called educators claim they merely wish to teach “sexual responsibility” and “safety.” Most assume they mean that children and teens will be warned about sexually transmitted diseases and told about “protection” (another farce). What they actually mean is that children will be taught sex acts, encouraged to perform them, and assured that there is no such thing as bad sex — only bad religion.

Jonathon’s new podcast, The Van Maren Show, is dedicated to telling the stories of the pro-life and pro-family movement. In his latest episode, Jonathon interviews Christian conservative commentator Allie Beth Stuckey, who argues that social media is making too many teenager narcissistic and self-centered. Parents need to do a better job limiting their children's use of technology, she says: “We are incomplete people in need of our faith, in need of something bigger than us, and in need of purpose.
up