'He Shows Me Grace Every Day': Gov. Glenn Youngkin Leans on His Faith to Lead Virginia 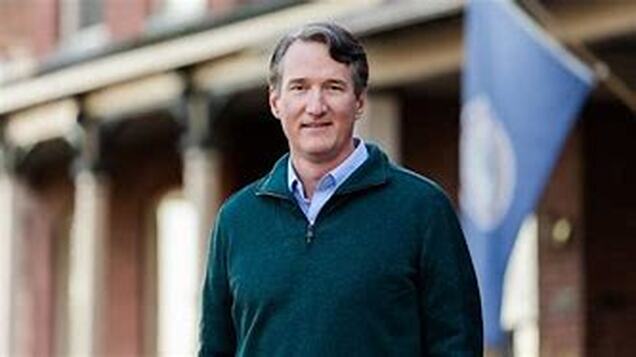 Governor Glenn Youngkin shocked the political world when he won as a Republican only one year after President Biden carried Virginia by ten points. Youngkin often stressed that he didn't run for his own political ambitions, but he says he felt called by God to enter the political arena.

CBN News White House Correspondent Abigail Robertson recently sat down with Virginia's Governorand First Lady to discuss how they're leaning on faith in their new roles.

"I'm forever grateful for Him calling out to me and saying, 'step out of where you're comfortable and go someplace where you're uncomfortable,'" Youngkin told CBN News.

Before becoming Virginia's Governor in 2022, he spent 25 years in his dream job at the Carlyle Group, a private equity firm. Youngkin says he prayed each year that if the Lord had something else for him, he'd lead him there. One day during his prayer time, Youngkin recalls God making it clear he did, indeed, have something very different in store.

"One day in my prayer life I actually heard something very different and it was, 'I need you to leave Carlyle,'" recalls Youngkin. "That's one of those moments where you say, 'Wait, I think I have a wrong number!' You know, bad connection because this was my dream job and so after a period of time of reflecting and praying in July, I went to Suzanne and said 'I'm going to quit my job at Carlyle.' And she looked at me and said, 'Have you lost your mind?' And she said, 'What are you going to do?' And I said, 'Well, I think I'm going to go run for governor.'"

"I just asked him to be prayerful, I just said, 'please talk to people please learn as much as you can about what this is that you think you're called into.' And he did just that."

"I think there might have been a tear or two," Governor Youngkin said jokingly. "We prayed over it right then and there, and when you tell your forever love that you're going to quit this job tomorrow it's unsettling and it really was a big step for both of us."

By January 2021, Youngkin had officially entered the Virginia governor's race. He went on to win the GOP primary and eventually the governorship by almost two points, becoming the first Republican elected as governor in Virginia in 12 years. Youngkin tells CBN News he was surprised when he won.

"There wasn't a day in the campaign that I wasn't surprised about a lot," he said. "We didn't know much going into this and we went into it with just a basic commitment that we were going to run a campaign that would reflect us and to do it in a way that was consistent with our beliefs and would make those people that had invested their treasure and time with us proud."

Throughout the campaign, the Youngkin's leaned on their faith.

"We were able to do it in a way that I think was very representative of what we aspired to do, which is to give Him glory and honor during this and to be a light along the way and not to walk away from our faith but to walk into it, and to not be ashamed of the fact that we pray and we look to the Lord for help every day and I think that was just incredibly encouraging," he explained.

As governor, Youngkin says he begins each day asking God for help.

Youngkin says as he seeks the Lord for help, God continues to reveal himself.

"I have to say what He has been showing me is grace because I'm reminded every day that there was only one perfect person in the history of this planet and it certainly was not me, and He shows me grace every day."

Youngkin believes part of the reason he's been given this platform is to help put parents back in control when
it comes to what their children learn in schools.

"One of the big challenges that we saw was the fact that parents were being pushed out of their children's lives and oftentimes at the moments where children need them the most," said Youngkin.

"We have absolutely stepped into an effort to empower parents and to make sure that their fundamental right to make decisions for their children is not just protected but is enforced."

Youngkin offers this advice to other believers who feel God is calling them to run for office, but are hesitant to jump into the negative political landscape in our country right now:

The first lady of the Commonwealth says she sees her work with Virginians as a mission field.

"I have felt in my heart that my role could be missional and that if I would approach it that way if I would approach people with dignity. If I would treat everyone like they were made in the image of God, and if I wouldn't worry so much about getting it right but rather just serving, that hopefully, we would do a good job," she told CBN News.

The Youngkin's are thankful for the Lord's protection over their entire family as Glenn has gained national political recognition.

The family is also grateful for prayers from both friends and people they've never met.

"We will have someone walk up to us multiple times a day and say we're praying for you and first of all,
it just takes your breath away for a moment," he said.

"And then I always want to make sure that they understand that we see the manifestation of those prayers every single day and it's extraordinary to know that people are praying for you, people who have never met."

While the governor's name is often included on lists of 2024 presidential candidates, he says right now his focus remains on Virginia.

Youngkin adds that his goal as governor is to deliver results for Virginians who hired him, and he intends to keep working with the state's divided legislature in hopes of passing bills with bipartisan support.

​CBNNEWS.COM
'He Shows Me Grace Every Day': Gov. Glenn Youngkin Leans on His Faith to Lead Virginia | CBN News (www1-cbn-com.translate.goog)
up