RETURN
The only way the organization can keep 'control of the Society and move forward with our vision' is to have '[p]ro-life Canadians join the Society, attend the meeting and re-elect the Board.' 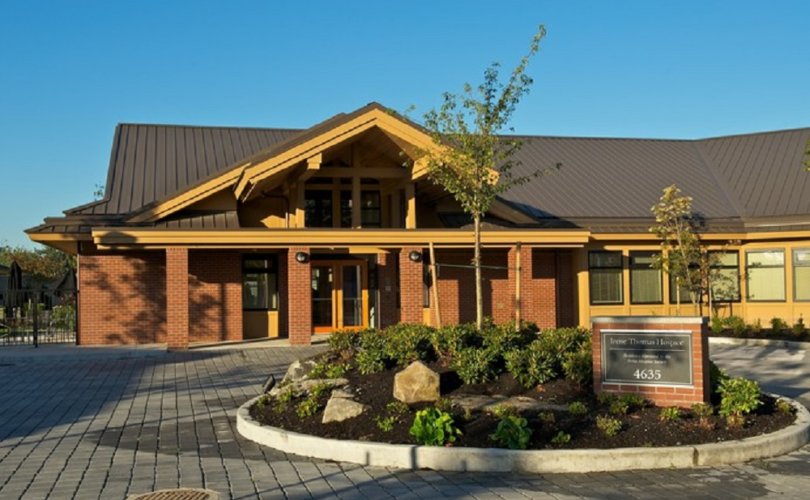 (LifeSiteNews) — A pro-life hospice society in British Columbia is putting out a call for all pro-life Canadians to join the society by October 22 to help safeguard its future.

“We need pro-lifers across Canada to hear our call and join us. They must sign up to be members by October 22, 2021 to be able to attend the virtual Annual General Meeting (AGM),” said Angelina Ireland, President of the Delta Hospice Society (DHS), in a message sent to LifeSiteNews.

Ireland told LifeSiteNews that the only way her organization can keep “control of the Society and move forward with our vision” is to have “[p]ro-life Canadians join the Society, attend the meeting and re-elect the Board.”

“It is a battle between the incumbent pro-life Board against the pro-death challengers that have stalked us and now try to usurp the governance of the Society. The same bunch that took us to court to stop us from becoming a Christian Society,” Ireland told LifeSiteNews. “We now fight the final battle to keep control of the Society and its remaining assets from the euthanasia activists. We have our Virtual AGM coming up and the election of the Board of Directors.”

Ireland said memberships cost $10 and are available to Canadians from coast to coast. They can be purchased by clicking here or by calling the DHS toll-free phone number at 1-800-232-1589.

The DHS has also put out a video about its membership drive.

The DHS won a legal battle regarding voting rules concerning its AGM. A judge ruled on July 13 that a virtual “Special General Meeting (SGM)” could be held to “ask our members if they want a virtual/electronic AGM.”

While the majority of DHS board members are Christians who oppose assisted suicide, and Ireland herself is Catholic, the British Columbia Supreme Court ruled they could not exclude membership applications from euthanasia supporters, after activists took them to court to demand they be allowed memberships.

On March 29, 2021, DHS was evicted from its two buildings of 35 years after the Fraser Health Authority, one of five publicly funded health care regions in British Columbia, canceled its lease in a refusal to allow euthanasia at its palliative care facility.

Both the DHS Irene Thomas Hospice and the Supportive Care Centre were taken by the Fraser Health Authority. The DHS was given no compensation for its assets, which had an estimated value of $9 million.
As it stands now, the DHS is operating out of a small office. DHS still operates a store, The Hospice Cottage Charity Shoppe,
which now serves as its main source of revenue.

Ireland said that the goal now is to get as many pro-lifers to join by October 22, the date which she said is the “culmination of our fight to protect our Society from euthanasia and the activists who would silence our voices and push us from the public square.”

LifeSiteNews previously reported that since April 2020, a local group called Take Back Delta Hospice, with the help of the euthanasia lobby group called Dying with Dignity, has been trying a hostile takeover of DHS through a community membership drive.

Indeed, the group has been busy trying to recruit its own members, or as Ireland called them “euthanasia activists.”

“They work with ‘Take Back Delta Hospice’ and have been since October 2019 to try and push euthanasia into our Hospice. Now they try to steal our Society for their death agenda,” Ireland told LifeSiteNews. “We see them and we know they continue to use their puppets for euthanasia advocacy, all the while accusing others of signing up members. Just so everyone knows how sneaky and underhanded these fiends are.”

Ireland told LifeSiteNews that the “pro-death” side’s goal is to take the assets of the DHS and “use them in conjunction with the Government’s ‘MAiD’ agenda promoting thinly-veiled slaughterhouses they call end of life care centers.”

The incumbent pro-life board however is hoping to build a new “euthanasia free Hospice” free from government funding, and start a movement for “Hospice Sanctuary, safe places for people in their final stage of life free from euthanasia.”

The Canadian government legalized euthanasia — the lethal injection of sick patients — in 2016. Since that time, DHS had been under attack by both the provincial government and euthanasia activists because it refused to allow the practice at its palliative care hospice

Antoine Murdoch
LIFE SITE
Canadian Hospice Society calls on pro-lifers to join them in the fight against 'pro-death' extremists - LifeSite (www-lifesitenews-com.translate.goog)
UP