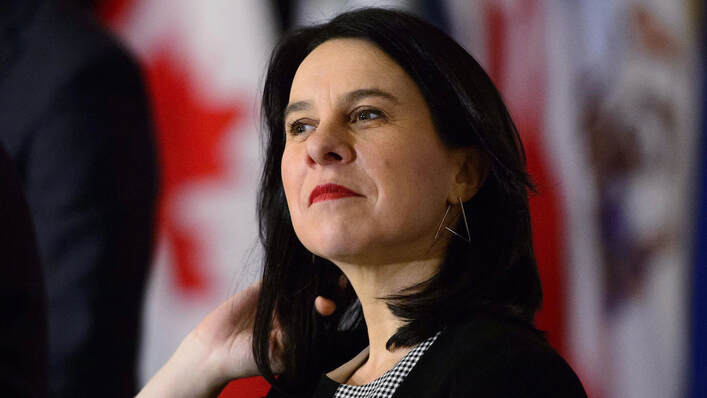 The administration of Valérie Plante intends to have a regulation adopted to train elected officials and employees
in "epicene communication", as quickly as possible.

On the agenda of elected officials at the municipal council on Monday: settle the case of the predominance of the masculine over the
feminine in the language of Molière. The executive committee will recommend that the City now adopt an epicene mode of communication .

Epicene? Learned adjective. Used to designate either sex. Child , for example, is an epicene (neutral) word for a boy or a girl. Linguists today
use the adjective epicene to designate a recent linguistic current whose goal is to cure French of an excess of masculinity.

The French language has not always had this supremacy of the masculine over the feminine. It was not until the 17th century that rules
were introduced in this area , we can read in the recommendationof the City's decision-making management system .

For the executive committee, therefore, things must be taken in hand. In the 21st century, it is time to review our way
of expressing ourselves to ensure the inclusion of various types of mankind , the document still explains.

Training the public service, elected officials and public relations in the city to express themselves in the epicene ,
this is the project recommended by the executive committee of the city of Montreal.

Émilie Thuillier is mayor of Ahuntsic-Cartierville. She is the one who carried this file from the start. The adoption of this epicene
communication policy is the result of many efforts , she says satisfied. Concretely, what does that mean? It is a question of using feminine appellations alongside masculine appellations , explains the Office québécois de la langue française.

It is necessary, still according to the OQLF, to gradually abandon the generic masculine (when the masculine encompasses the two genders)
and to make more equal the representation of women and men in the text itself, by playing on structures,
pronouns, the style used, the chords, etc.

The epicene communicators recommend, for example, double designation and putting the feminine first. We will say in particular:
The lawyer will ensure the perfect conformity of the adopted regulations or even: The paramedic and the paramedic work hard .

The ideal posture for epicene communication is to find a neutral formulation so as not to use the masculine and the feminine.
We can say Montreal population, rather than Montrealers , explains the district mayor Émilie Thuillier.

Émilie Thuillier is enthusiastic. From June, despite the pandemic, we will start training .
up