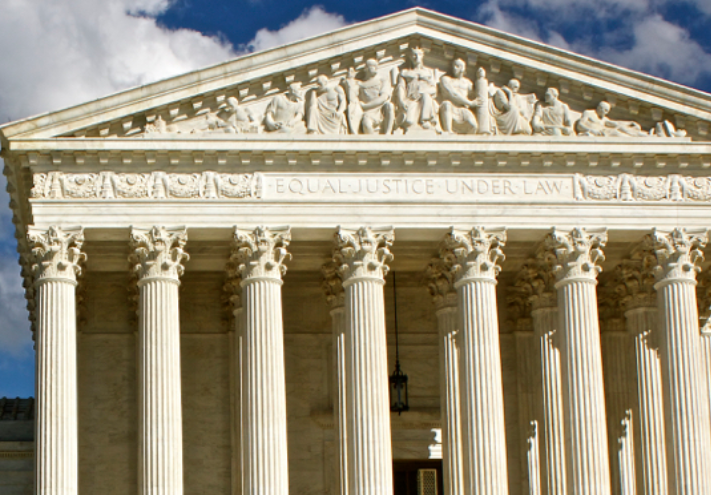 The U.S. Supreme Court handed down another victory for religious freedom Wednesday when it ruled that the government should not interfere in religious school decisions about who teaches their religion classes.

Washington Examiner reports the court ruled 7-2 in favor of California Catholic schools that decided not to renew two teachers’ contracts after they said the teachers were not following the schools’ religious missions.

Writing for the majority, Justice Samuel Alito said teaching young people about their faith is “at the very core of the mission” of religious schools, and the government should stay out of hiring decisions based on those missions.

“Religious schools play an integral role in passing the faith to the next generation of believers,” said Adrian Alarcon, spokesperson for the Archdiocese of Los Angeles Catholic Schools. “We are grateful that the Supreme Court recognized faith groups must be free to make their own decisions about who should be entrusted with these essential duties.”

The ruling means Catholic schools are free to hire and fire teachers who teach or fail to teach basic faith principles to their students. For the Catholic Church and many other Christian denominations, that includes the sanctity of human life. As a result, if a Christian school discovers that a teacher is promoting abortion, it may fire the teacher and find someone else willing
to teach students about the value of every human life.

Lawyers with the Becket Fund for Religious Liberty, which represented the schools, said the ruling is a victory for people of all faiths.
“Today is a huge win for religious schools of all faith traditions,” said Eric Rassbach, vice president and senior counsel at Becket, who argued the case to the Court. “The last thing government officials should do is decide who is authorized to teach Catholicism to Catholics or Judaism to Jews. We are glad the court has resoundingly reaffirmed that churches and synagogues, not government, control who teaches kids about God.”

Alliance Defending Freedom, which is involved in many pro-life and religious freedom cases, also celebrated the ruling.

“ … the court has respected the autonomy of faith-based schools and prevented the government from interfering with the internal operations and autonomy of religious organizations,” said John Bursch, senior counsel and vice president of appellate advocacy. In other words, the court has ruled in accordance with one of the primary purposes of the First Amendment.”

Here’s more from the Examiner:

The case, a consolidation of several lawsuits, concerned whether or not Catholic parochial schools can hire or fire religion teachers at will, regardless of considerations such as age, race, or gender. The Supreme Court in 2012 provided a similar exception to churches for the employment of ministers. …

When the case was argued, religious liberty advocates compared its implications to those of Bostock v. Clayton County, a landmark case decided this term that requires that employers not discriminate against gay and transgender people.

Family Research Council President Tony Perkins also applauded the decision in a statement, saying: “Despite the egregious decision in the recently-decided Bostock v. Clayton County case, today’s First Amendment decision suggests that religious institutions still have a prayer of preserving and promoting their biblical teachings when it comes to employment decisions. This tiny step is far from sufficient, but it does offer a glimmer of hope that the Supreme Court has not forgotten that religious freedom is the most fundamental right of all.”

On Wednesday, the Supreme Court also ruled 7-2 in favor of a pro-life order from President Donald Trump that protects the Little Sisters of the Poor from being force to pay for drugs that may cause abortions under Obamacare.
up