RETURN
‘These extremist ideologies and unethical medical practices that are now promoted in public education
are child abuse and psychological exploitation.’ 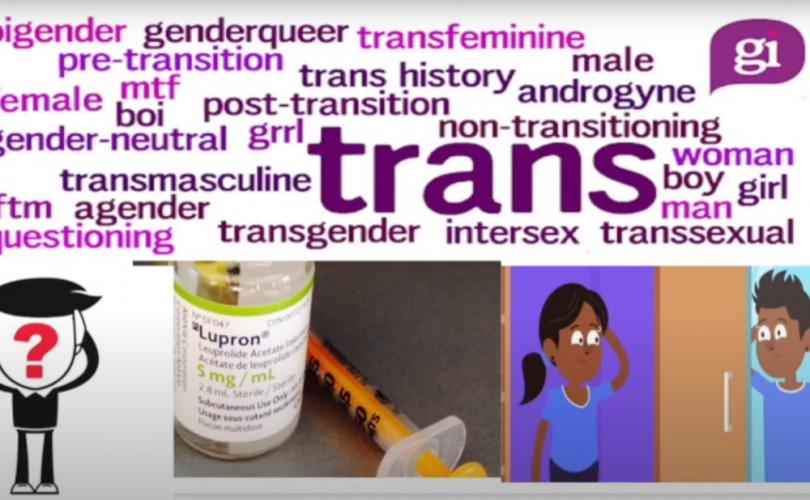 Older elementary school children, anxious about puberty, are being advised that puberty blockers can give them
more time to decide their true gender.
(LifeSiteNews) — A longtime public school teacher has produced a short video which pulls back the curtain on the influence that abortion giant Planned Parenthood, the pro-LGBT Human Rights Campaign, and others are exerting to intentionally confuse
elementary school children about their sex.

“As an insider,” begins 25-year veteran teacher Brenda Lebsack at the start of her video, “I feel compelled to warn parents about dangerous ideologies being promoted to your impressionable children. I’ve always been an advocate of public education, but not anymore. This agenda is not about transgenderism. It’s about intentionally confusing children about their gender.”

“But why?” asks Lebsack. “Because once a child says that they’re uncertain about their gender, [they are] categorized as LGBTQ, because the ‘Q’ stands for queer, or questioning.”

“This gender crisis qualifies students to be counseled by experts with or without parent knowledge,” explains Lebsack. “These counselors, mental health workers, or LGBTQ support advisors are trained to only affirm a child’s gender identity, no matter what it is and no matter the age of the child” (emphasis added).

“If an older elementary child is anxious about puberty, the child is advised that puberty blockers can give them more time to decide their true gender,” reveals Lebsack.

“These extremist ideologies and unethical medical practices that are now promoted in public education are child abuse and psychological exploitation,” she asserts. “Childrens’ hospitals with gender clinics and Planned Parenthood — which also now offers these medical services — are partnering with school districts across California under the guise of mental or sexual health,
while laws are passed to remove your parental rights.”

“This is why we desperately need affordable educational alternatives and school choice on the California 2022 ballot.”

“This not only impacts California, but our entire nation,” adds Lebsack.

She shows examples of books included in California's pre-K through second grade curriculum, which present gender as a “myriad of choices with many pronouns.”

In the book, They She He Me, Free to Be!, an illustration purports to show individuals who are both genders, who identify as “They.” 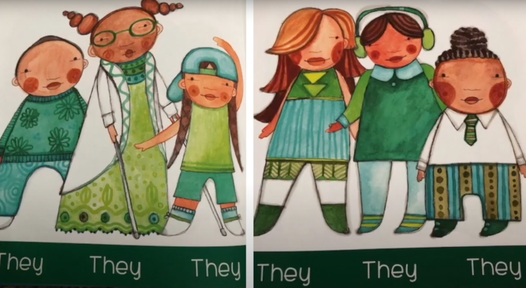 The same book then shows an illustration suggesting that some people have no gender and use pronouns like Ze or Tree. “‘You can change pronouns from he to she, or she to he.’ This teaches kids that gender is fluid, and that ‘there are many more genders and pronouns waiting to be discovered and used.’” 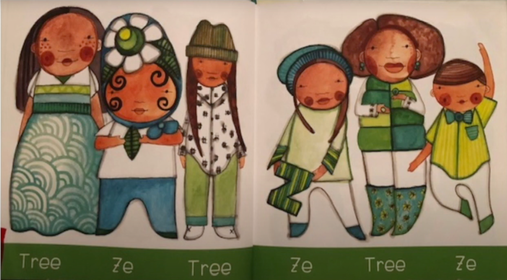 Another book aimed at primary school students, “Who are you?” avers that “[s]ome people say there are only two genders. But there are many genders.”

“There are more than just two choices,” the book continues. “These are just a few words people use: Trans, genderqueer, non-binary, gender fluid, bigender, third gender, two spirit … and there are even more words people are using to describe their experience. This is called the gender spectrum.”

“Our education departments call this inclusion, but I call it confusion and delusion,” explains Lebsack.

Older elementary school children who may feel anxious about the onset of puberty are advised in a cartoon video that puberty blockers can “give them more time to decide their true gender.” 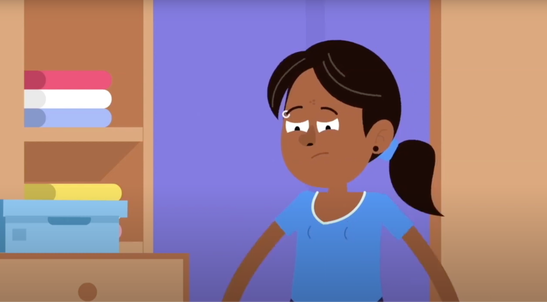 “These elementary cartoons also glorify non-biological genders, and stigmatize biological male and female genders,” notes Lebsack. Another video compares gender to a tossed salad, and says “biological males and females are considered ‘old school,’ like boring, rock hard, wedge of iceberg lettuce and a stinky old dried up tomato, while other non-binary genders are compared to exciting salad ingredients.”