The bill will not govern user-generated content, Rodriguez repeats 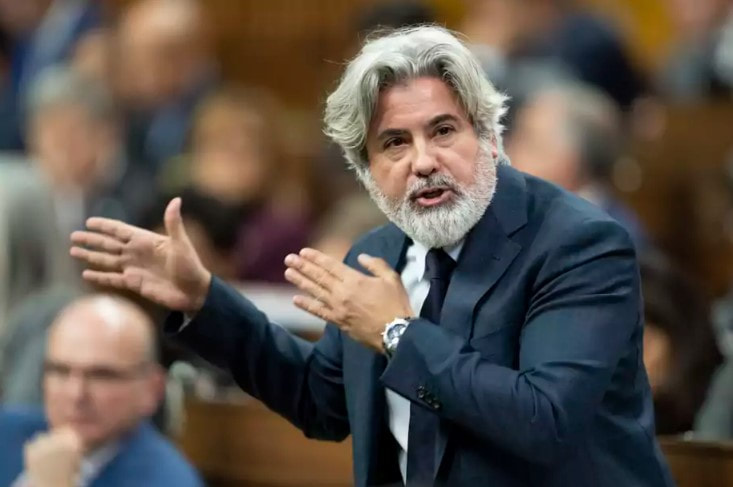 (Ottawa) The Minister of Canadian Heritage has said he is prepared to consider amendments to his bill to regulate online streaming, after a Senate committee noted that industry experts were concerned that the legislation would also cover user-generated content.


TARA DESCHAMPSTHE CANADIAN PRESS"I was born with an open mind, so, of course, I have an open mind about it," Rodriguez told the Senate Standing Committee on Transport and Communications. "I can't say right now: yes, I would agree or disagree on [...] an amendment that I have never read. But on the general principle, we are open. »

The Minister of Canadian Heritage came to the Senate on Tuesday to defend his bill on online streaming, which would amend the Broadcasting Act and grant new powers to the CRTC.

Bill C-11, introduced in the House of Commons in February, would require online streaming giants, such as YouTube or TikTok, to contribute to the creation and delivery of Canadian cultural content, such as music, film and television. Minister Rodriguez has been hammering since his bill does not aim to regulate user-generated content "such as cat videos" on YouTube.

However, there have been many concerns about the bill. The "web giants" are against it, arguing that the bill would hurt the revenues of users who generate content on the platforms. The web giants also argue that these new rules could force
them to review the algorithms they use in Canada.

Several senators also have reservations. Conservative Senator Michael MacDonald said Tuesday that the standing committee heard from experts that they are concerned that creators are governed by the bill.

Pamela Wallin of the Canadian Senators Group added that the chairman of the Canadian Radio-television and Telecommunications Commission (CRTC) had already appeared before the Senate committee alongside legal counsel to confirm that the bill, as drafted, would give his agency authority over user-generated content.

"What they said is that it wouldn't be in anyone's interest to do that, so trust us, we won't regulate user-generated content — but again, they've confirmed twice that they have the authority to do that," she told the minister.

Wallinsays she even heard from a content creator who found the bill so confusing and vague that she would move to the U.S. to escape it.

Senators MacDonald and Wallin asked Mr. Rodriguez if he would intervene to make amendments to the bill to alleviate those concerns, but the minister did not offer any commitment because he is still convinced that the law would not cover user-generated content.

"The obligations (of the law) are at the level of the platforms," he said. What for? Because we are talking about contributions, in terms of revenues, to the creation of Canadian content. The second thing is to make it easier to find Canadian content.

"It's not the creators who are going to do that," the minister insisted.

He argued that the bill was about protecting Canadian culture, providing Canadians with more choice, meeting the needs of minority language communities and bringing industry regulation into the21stcentury.

He recalled that the last time the Broadcasting Act was modernized, Canadians were listening to music on personal music players, renting movies from the video club, and the Internet had just been born. Today, he said, there are online streaming platforms like Netflix, you can watch TV on a phone and content is even filmed and edited on phones.

"The law no longer reflects reality: you have very big players who have no rules to follow and there are huge challenges around culture and production, and things that affect our creators and Canadian content," he told senators.
That is why it is important today that we be able to pass this bill quickly. »

Bill C-11 has been before the Senate for six months, where it was the subject of 42 hours of hearings before the Standing Committee on Transport and Communications. It passed third reading in the House of Commons in June.

TARA DESCHAMPS
THE CANADIAN PRESS
Online Broadcast| The bill will not govern user-generated content, Rodriguez repeats| The Press (lapresse.ca)
up