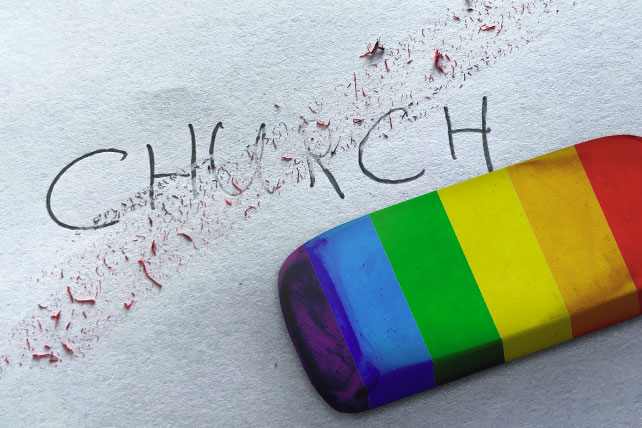 Just how far remains to be seen.
In all likelihood, based on a briefing I received yesterday, this won’t pass the Senate. However, since it will be global news today, it is still important now that we articulate our concerns.The Equality Act will, eventually, pass. The question is what the final version will be.
I’ve spoken to members of Congress in the House and Senate, and to senior leaders in the Biden administration. Many (not all) assure me that there will be accommodations for the sincerely held religious beliefs of evangelicals, but also for Catholics, Mormons, Muslims, and people of no faith for that matter.

However, that’s not the rhetoric we are hearing and seeing today, in the halls of Congress and online. And, honestly, I think there is some naivety from some that their more progressive colleagues will actually want to find a compromise.

In October 2019 following the CNN Equality Town Hall meeting I tweeted this:

2009: How is my gay marriage going to hurt you? We just want marriage equality.

2019: We want the tax-exempt status of the churches, charities, and colleges revoked for your failure to change your views on gay marriage.

As I said in an article then, in the span of one decade the goal posts have been changed from “we just want equality” to “affirm the new orthodoxy on same sex marriage––or lose tax exempt status.”

Let me be clear, I am not talking about churches losing tax exempt status, though that is exactly what some are requesting (and I was responding to Beto O’Rourke’s comment in that tweet).

Yet, it is important to note, stripping churches of their tax exempt status would not make it through Congress now or anytime in the near future. However, the Equality Act would indeed impact religious liberty and Christian mission at multiple points.

Impact on Evangelicals
The Equality Act would have a significant impact on evangelical practice and mission in multiple contexts.

An article by the National Association of Evangelicals (NAE) stated in May 2019, “If the measure became law, many religious schools and charities would have to change their faith-based policies and practices, or face sanctions that could force them to close their doors.”

At the time, NAE president Leith Anderson wrote a letter to congress arguing the following are likely outcomes if this becomes law:

Houses of worship and other religious spaces will be turned into places of “public accommodation”; Federal funds will be denied to thousands of houses of worship, schools and charities that currently receive them; Religious adoption and foster care providers would be devastated, harming innocent children and families; Many privately funded shelters for the homeless and victims of domestic violence would be rendered illegal, ripping a hole in the social safety net; Core rights would be stripped from religious colleges and universities; Houses of worship, religious charities, and religious individuals will lose the protection of the Religious Freedom Restoration Act; and Religious individuals would be forced to take part in weddings and funerals that violate their religious beliefs.

As I wrote after the Town Hall meeting:

At Wheaton College where I serve, we have a community covenant that aligns our life and beliefs. We affirm the biblical teaching that marriage is designed and created for one man, one woman, and one lifetime.

The Equality Act would in essence say that our beliefs are unacceptable and that we must change.

Not Only Evangelicals Are Impacted
But evangelicals––though making up a significant percentage of the United States citizenry––are not the only group concerned about the Equality Act.