The lifting of restrictions on homosexuals
​soon recommended 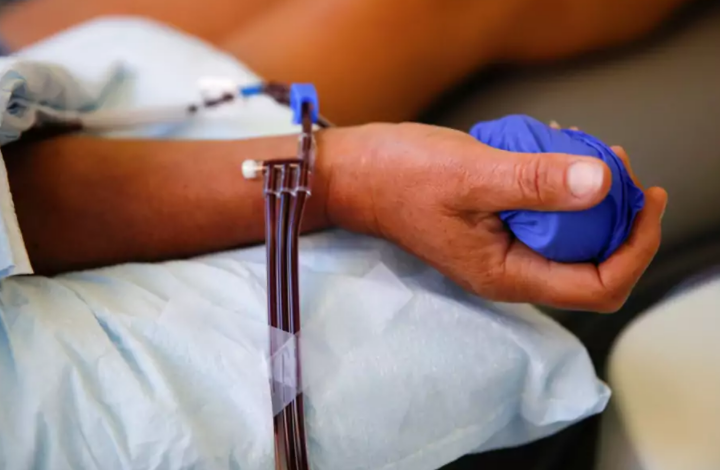 (Ottawa) The lifting of blood donation bans targeting gay and bisexual men, as Prime Minister Justin Trudeau promised in 2015, should be officially recommended in the coming weeks.
Canadian Blood Services is preparing to ask Health Canada to remove items relating to gender or sexual orientation from its donor questionnaires, and replace them with questions on sexual history and sexual behavior.

These new questions aim to identify the level of risk of donors based on the number of sexual partners
or more risky behaviors, rather than on sexual orientation.

“Sexual behavior, not orientation, determines the level of risk for HIV transmission. The criteria we are proposing aim to accurately and reliably identify people at risk of carrying a blood-borne infection, ”said Canadian Blood Services spokesperson Catherine Lewis.

Canada adopted a lifetime ban on gay men in 1992. Some 20 years later, in 2013, it allowed blood donation from a man who had abstained from having sex with another. male for at least five years. This period was then reduced to one year, then to three months in 2019. Héma Québec adopted the same criterion.

Once Canadian Blood Services submits its request to change the testing requirements, it will be up to Health Canada to approve it. The process, which often involves requests for more detailed information, could take several months, or even a year, before the changes take effect.

Federal Health Minister Jean-Yves Duclos said on Tuesday his government would make it a priority. "Obviously, it will have to be done in an appropriate way," he said after leaving a cabinet meeting. "We are confident that the appropriate material and submissions will be provided and therefore we can provide follow-up on these matters as quickly as possible. "

Lack of nuance
Canadian Blood Services would base its request to Health Canada on examples of countries that do not ask such questions as well as on scientific evidence from research on HIV transmission. The application is expected to be filed within the next six weeks.

The way triage is currently performed lacks nuance and does not correspond to transgender, two-spirit or other people who do not identify with the binary mode, underlines researcher Nathan Lachowsky, whose work is part of the opinions collected
by the Canadian Society. some blood.

"There is a way to create gender-neutral solutions, in the sense that it's not who you are in terms of gender that is important," says Lachowsky, assistant professor at the School of Public Health at the University of Victoria. This simplifies the system and allows more Canadians to qualify. "

No test is 100% reliable
In Canada today, a gay man who has only had sex with one man for the past three months cannot donate blood, while a heterosexual man can donate blood no matter how much. of sexual partners he had during the same period.

Although all donated blood is analyzed for the presence of a large number of diseases, including HIV, the agency recalls that no test is 100% reliable. This is why triage methods are necessary in order to limit the risks at the source, one explains on the agency's web portal.

For Nathan Lachowsky, a gender-neutral approach makes much more sense than a total ban based solely on gender or sexual orientation. “In my opinion, this is strengthening the security of the blood donation system as a whole,” he says.

Justin Trudeau was pressured by MPs and members of the LGBTQ + community during the recent election campaign to lift this ban on gay men. The re-elected Prime Minister promised change was imminent.

Health Canada, which regulates the practices surrounding blood donation, says it can only change
the rules if there is evidence showing that the risk is not increased.

MARIE WOOLF AND LAURA OSMAN
THE CANADIAN PRESS
https://www.lapresse.ca/actualites/sante/2021-11-16/dons-de-sang-au-canada/la-levee-des-restrictions-visant-les-homosexuels-bientot-recommandee.php
up