Dr Paul Saba: The mentally ill should
​not be euthanized. 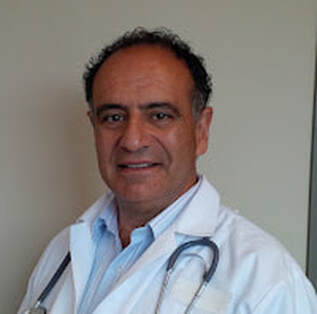 Dr Paul Saba, the author of the book Made to Live and a long-time leader opposing euthanasia in Quebec, had an article published in the Suburban on September 9, 2021 titled: The mentally ill shold not be euthanized. Saba starts his article by writing about one of his patients:


This past year I cared for a young woman in her early 20s. Carole (pseudonym) has extreme anxiety and depression which has been going on for years. Carole is a community worker who works with the homeless. During the COVID pandemic her symptoms were exacerbated to the point that she has become anorexic. Unfortunately access to dieticians, psychiatrists and psychologists has been extremely difficult and limited. By seeing her on a regular basis and making myself readily available, I have kept her from giving up hope. Because of her long term psychological suffering, the recent law of Medical Assistance in Dying [MAID] could make Carole a candidate for euthanasia.Saba then reminds the reader that the recent passing of Bill C-7 means that mental illness
has been added as a reason for euthanasia. Saba writes:

Even in the Netherlands, where euthanasia is practiced on the mentally ill, two-thirds of psychiatrists are opposed to it. In addition, studies show that at least 90% of people who have ended their lives by suicide were affected by mental health problems. Needless to add, most people who have attempted or committed suicide do not necessarily want to die; rather, they want to escape from their overwhelming emotional pain.

Saba then states that to be approved for euthanasia the person needs to be able to freely consent. Saba asks: But how can a mentally ill person give a free and clear consent when the desire to die is a symptom of mental illness? Saba explains that 9 out of 10 people who attempt suicide, but survive, do not end up dying by suicide but with euthanasia there are no failed attempts, all will be dead.


We need to communicate to those contemplating suicide that we do not want them to die, that they are valuable to us, there is always a reason to live, and we will help them solve their problems. We need to provide more psychological, social and financial help for those who are in distress. We must improve their living conditions by providing affordable housing, food, and basic life supports. Those with dependency problems need access to care. We need to care for those with mental health problems- not support or endorse MAID
Alex Schadenberg
Euthanasia Prevention Coalition
https://alexschadenberg-blogspot-com.translate.goog/2021/09/dr-paul-saba-mentally-ill-should-not-be.html?_x_tr_sl=auto&_x_tr_tl=en&_x_tr_hl=fr&_x_tr_pto=nui
UP