The movement to destigmatize pedophilia needs to stop now

RETURN
Those pushing for destigmitization claim they are doing so out of compassion for those suffering from unwanted attractions, but they are bad faith actors with sinister agendas and a deeply perverse view of human sexuality. 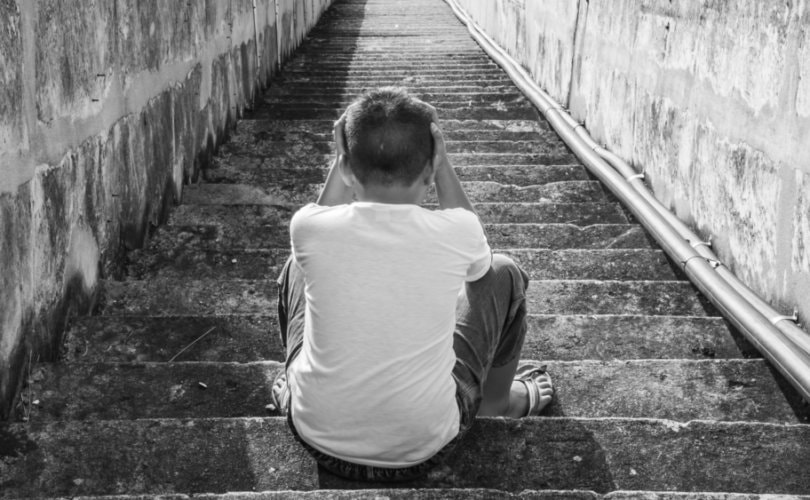 (LifeSiteNews) — It was only two months ago that we covered the story of a transgender-identifying professor seeking to “destigmatize” pedophilia in her book The Long Dark Shadow: Minor-Attracted People and Their Pursuit of Dignity. Alyn Walker wants people to use the term “minor-attracted people” (MAPs) rather than the term “pedophile” because it has less negative connotations and makes the case that sexuality is fluid while avoiding addressing the question of whether she considers pedophilia to be simply another sexual orientation.

On Monday, USA Today chimed in with an article by reporter Alia Dastagir on pedophilia with a similar perspective, advocating for “destigmatizing the attraction” and making the case that it is “among the most misunderstood,” noting that “[r]esearchers who study pedophilia say the term describes an attraction, not an action, and using it interchangeably with ‘abuse’ fuels misperceptions about pedophiles.”

Unsurprisingly, the article favorably quotes Walker, noting that “there is growing support in the field for Walker’s point of view” that if pedophilia is “destigmatized,” it might ultimately result in pedophiles seeking therapy rather than abusing children.

The article quotes researchers explaining that this is not a chosen attraction, and that pedophiles are simply born this way:

One of the most significant findings is that scientists who study the disorder say pedophilia is determined in the womb, though environmental factors may influence whether someone acts on an urge to abuse.

“The evidence suggests it is inborn. It’s neurological,” said James Cantor, a clinical psychologist, sex researcher and former editor-in-chief of “Sexual Abuse: A Journal of Research and Treatment.” “Pedophilia is the attraction to children, regardless of whether the (person) ever … harms.”

USA Today first published the article along with a now-deleted Twitter thread opening with the quote: “We think we know what a pedophile is. There’s a lot we’re misunderstanding.”

Others strongly disagree. “I do not misunderstand pedophilia at all,” former Yale economics professor and founder of the Ruth Institute Jennifer Roback Morse told The Daily Wire. “The architects of the Sexual Revolution declared, without proof, that all sexual restraints were outmoded taboos that we were well rid of. But sexual taboos protect the interests of children … the sexual revolutionaries had to redefine childhood. Instead of children being dependent on their parents, parents became the oppressors of children’s sexual liberation. Instead of being innocent, children became sexual beings. In this way, pedophilia has been baked into the Sexual Revolution from the beginning.”

Morse is correct. Dr. Alfred Kinsey, the American architect of the Sexual Revolution, made the case in his infamous Kinsey Reports that children were inherently sexual. How did he get the data for this? The answer is nothing short of chilling. Dr. Judith Reisman (whose research has since been confirmed time and time again) explained in her ground-breaking work Sex, Lies and Kinsey that Kinsey facilitated brutal sexual abuse to get his so-called research:

For example, “Table 34” on page 180 of Kinsey’s “Sexual Behavior in the Human Male” claims to be a “scientific” record of “multiple orgasm in pre-adolescent males.” Here, infants as young as five months were timed with a stopwatch for “orgasm” by Kinsey’s “technically trained” aides, with one four-year-old tested 24 consecutive hours for an alleged 26 “orgasms.” Sex educators, pedophiles and their advocates commonly quote these child “data” to prove children’s need for homosexual, heterosexual and bisexual satisfaction via “safe-sex” education. These data are also regularly used to “prove” children are sexual from birth.

The man heralded with enthusiasm by mainstream publications such as Time and Life Magazine was nothing less than a monstrous facilitator of child-rape. In fact, he even went so far as to record children shrieking and thrashing in pain, passing out and convulsing as the result of the hellish abuse he was putting them through, as evidence of “orgasm” — especially for children who could not yet speak. Keep in mind that Kinsey’s work is still the foundation of much of the modern sex education movement. He has been lionized in a Hollywood biopic in which he is played by none other than Liam Neeson.

We must call out every attempt to “destigmatize” pedophilia. Those doing so may claim they are doing so out of compassion for those suffering from unwanted attractions, but they are bad faith actors with sinister agendas and a deeply perverse view of human sexuality. The place they are beckoning us toward is not one of love but of the Sexual Revolution’s next set of horrors.