The power of the elderly 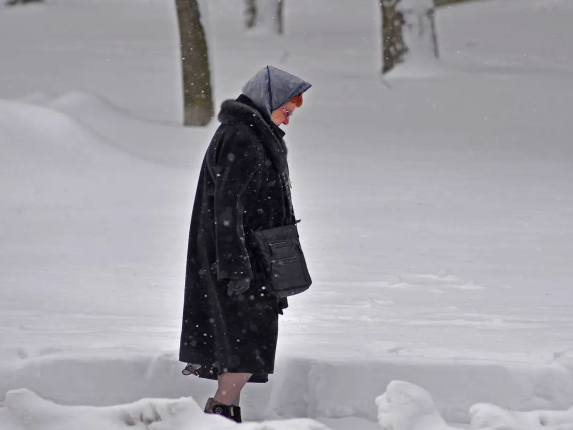 It is a pure truism to say that the pandemic has dealt a severe blow to seniors. Is it necessary to come back to what odiously happened in CHSLDs and in residences for the elderly? The elders, the “old”, have often been abused, even ostracized, with few justifiable reasons. What do they have less in our society, if not this low consideration that we sometimes give them? Like those of other generations, they too had to live normally by dealing with sanitary measures. Nothing less.

Often deprived of the esteem of many, they manage to ignore, no doubt because of their resilience and awareness, certain attitudes that are sometimes derogatory. It would be inappropriate and disgraceful to claim, shamelessly, that seniors live off society, without truly recognizing their human, social and economic contribution.

According to Canadian government information, people aged 50 and over pay more taxes than younger people, not to mention the many taxes. Their consumption of goods and services would amount to 20 billion dollars per year. Nearly a third of people over 70 provide financial support to their grandchildren. Moreover, by their frequentation of public spaces (shopping centres, restaurants, etc.), without omitting their “getaways” and travels, they constitute an important driver of economic life. Do we need to be even more explicit?

Some claim, forgetting that they too will one day reach that venerable age that seniors cost the health care system dearly. We should take a closer look. What do they have to do, then, with the astronomical cost of medical technology and the skyrocketing cost of drugs, so profitable to the pharmaceutical industry and undermining the government budget? Not to mention the remuneration of doctors. How do these young detractors think that we can prolong life (and particularly theirs when the time comes) without providing mechanisms for research or care, which will one day be useful to them too?

And what about the social commitment of seniors, their human potential? To believe that the elderly are confined to the home constitutes nonsense, a serious error of appreciation of their skills and their experience. In fact, half of people aged 55 and over belong to an association in Quebec. The FADOQ alone has nearly 550,000 members; the Association of Retired Teachers of Quebec, 57,000 members; and the Quebec Association for the Defense of Pensioners' Rights, approximately 40,000 members. The associative movement is a force that goes beyond the simple color of hair or scabby hands.

Seniors also do a lot of volunteer work. Many remain present in services to the population, whether in health establishments, public libraries or charities. In Quebec, the figures speak for themselves: nearly 2.5 million people (including a good number of seniors) devote more than 400,000 hours to volunteering, which represents (according to a hypothetical ratio of $10/hour ) the tidy sum of 4 million dollars annually.

Intergenerational transfers are also a hallmark of seniors, particularly with regard to the transfer of knowledge that can be observed in several areas, notably through the assistance provided to the family and the judicious advice given to loved ones. Financial transfers are also not to be despised, through legacies or inheritances.

Over the past two years, the “old” have suffered from ageism, from marked discrimination based on their age. The time has come to listen to them by letting them speak, individually or through the various associative movements. They are not a burden on society; on the contrary, they are a wealth that deserves to be recognized.