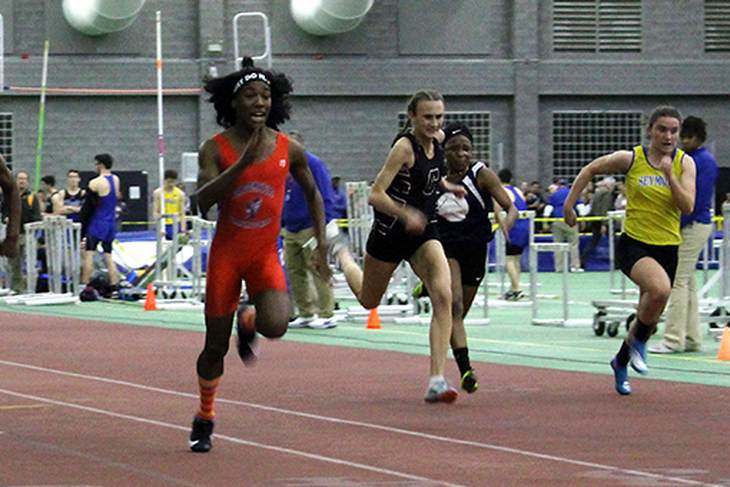 I’m not sure why that is, but perhaps it is because traditionally in American history those are the two groups who have been the most vulnerable. They’ve always been the canaries in the coal mines for bad policy.
For women especially, the results of social change are swift and palpable. The feminist revolution of the 60s and 70s was a great boon for the female spirit. The sexual revolution told us we were better off looking at sex the way men do, and the result has been generations of American women going through life perplexed as to why it’s so hard to find a committed male partner. We stopped expecting things from men and start expecting women to just be more like men. It was a creepy combination with terrible consequences we live out to this day.

Even when we’re told we’re being empowered we end up just being stripped of more power.

The transgender movement is shaping up to be one of the most devastating blows to female empowerment in the history of mankind. Where once we were told that “trans women are women too” we have now skipped over that lie to an even more sinister insistence.

Trans women can only be women if women aren’t women.

Womanhood is slowly being erased by men looking to be accepted as women. The irony would be hilarious if it weren’t so dire. When women wanted to play and enjoy sports the same way men do, we created our own leagues, clubs and events. Just because we can’t generally physically compete with men didn’t mean we should be pushed out of enjoying athletics. We set up our own spaces and now it is an accepted part of society. Except now transgender athletes who are physically and biologically men are pushing female athletes out of their own space in the name of equality. Teenage girls are forced to compete against boys their own age who will almost always be stronger and faster (it feels ridiculous to even have to say that out loud, but here we are). When they speak up about the injustice and unfairness they are silenced, threatened and sometimes even suspended from their teams. Instead of women being heard,
they are being told to shut up. The men are talking.
Transgender activists almost exclusively come for womanhood. Rarely do we see attacks on male culture. We’re not fielding lawsuits from high school girls claiming they are transitioning to men and therefore should be allowed on the boys track teams. We’re not asking that men refer to themselves as penis-owners. Yet, as ridiculous as it sounds, there is a concerted effort in the LGBT community to force society to refer to women as “vagina owners.”

In Great Britain the NHS has demanded healthcare providers stop referring to breast feeding as such, since it carries connotations of female anatomy. Instead they want us to call it “chest-feeding”. We are not even allowed to refer to the biological appendages that feed our children as what they are, just in case it bothers a man. How sick is that?

J.K.Rowling – a staunch defender of LGBT causes – has been under near constant attack from the cancellation crowd for simply asserting that we should not erase the terms of womanhood. Her crime was scolding a report in an international publication that described women not as women but “people who menstruate.”

Kamala Harris can interrupt the Vice President of the United States to cackle, “I’m talking!” and the whole world applauds for her bravery in demanding to be heard. J.K. Rowling says women should be called women because that is what we are and she gets the cancellation treatment.
It is demented.

Parents are being attacked and maligned for not approving of hormonal treatments or surgeries for their potentially transgender children. Social media is crawling with sob stories about young women who’s parents won’t let them bind their chests to flatten their breasts, or who finally got their breasts cut off because they perceive them to be abnormal growths. We laugh at and deride the ancient Chinese practice of binding a woman’s feet but we’re supposed to applaud healthy young women binding their own breasts to meet some male standard of what a male is? We’re supposed to accept that “men have periods too” but they don’t have breasts?

These people are insane.

Recently Colin Wright, Managing Editor at Quillette, revealed a disturbing shift in California insurance language.
Not only are we being told we are not allowed to challenge letting men into women’s sports, we’re not allowed to refer to our menstrual cycles as periods or refer to nursing our babies as breastfeeding. We’re not even allowed to be called women now…we’re just vagina owners. I’ve never heard of anything more sexist in my life. We’re not even people anymore, we’re just the keepers of vaginas.

The trans movement is moving to declare womanhood an abnormality. It is quite ironic that they’ve aligned themselves with the sexism and gender discrimination of old. They don’t even realize it. The trans movement is constantly shaming women for having voices and for disagreeing; they look at us as simply biological entities designed to affirm or deny their value as people; they look at our bodies as grotesque and abnormal, something that needs to be wielded into submission rather than being celebrated for all of its uniqueness.

Our bodies can do things men can only dream of. There is a lot of power contained in the female form but the trans movement is asking us to pretend that power is meaningless and in fact available to men too, if they want it.
A man is allowed to have anything he wants, even the name of our genitals.

The trans movement has become a scourge to womanhood and we can no longer stand by to say “live and let live”. It isn’t going to work. They don’t want that. They want to live and then let everyone live like them and that’s it. Meanwhile the glory of womanhood and the progress of our foremothers is being sacrificed to the altar of narcissism and self-importance.