The truth about so-called ‘conversion therapy’

return
What is so frightening about people voluntarily seeking talk therapy to overcome unwanted feelings and desires? 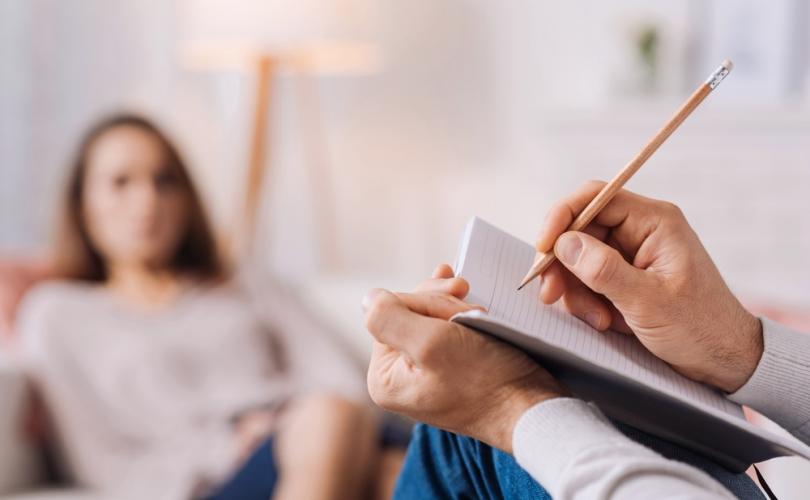 July 9, 2019 (LifeSiteNews) – In light of the latest attack on sexual orientation change efforts (SOCE), namely, Amazon’s banning of books on the subject, we do well to separate fact from fiction. Are these change efforts really so dangerous?
Should they be banned and even criminalized?

According to the critics, “conversion therapy” is dangerous and harmful because it tries to change something that cannot be changed, akin to trying to change a lefthanded person into a righthanded person. In keeping with this analogy, it would also say that
there is something fundamentally wrong with being lefthanded.

As expressed in California’s SB 1172, which was signed into law in 2012 and criminalized SOCE for minors, “Sexual orientation change efforts pose critical health risks to lesbian, gay, and bisexual people, including confusion, depression, guilt, helplessness, hopelessness, shame, social withdrawal, suicidality, substance abuse, stress, disappointment, self-blame, decreased self-esteem and authenticity to others, increased self-hatred, hostility and blame toward parents, feelings of anger and betrayal, loss of friends and potential romantic partners, problems in sexual and emotional intimacy, sexual dysfunction, high-risk sexual behaviors, a feeling of being dehumanized and untrue to self, a loss of faith, and
a sense of having wasted time and resources. This is documented by the American Psychological Association task force on Appropriate Therapeutic Responses to Sexual Orientation in its 2009 Report of the task force on Appropriate Therapeutic Responses to Sexual Orientation.”

Is this true? Certainly not.

According to Christopher Doyle, himself a former homosexual and today, a licensed therapist, “Despite the claims of harm cited in SB 1172, the American Psychological Association task force did not actually provide evidence to back up the 28 health risks listed above. In fact, none of these health risks have been documented in the scientific peer-reviewed literature outside of a few published and unpublished anecdotal reports from adults. But there is not one single outcome-based study in the scientific literature
of minors undergoing SOCE therapy to back up these claims.”

In short, while there is no doubt that some people have been hurt by SOCE, there is also no doubt that the harm has been exaggerated.
In fact, it is these exaggerated charges, including shock treatment and torture camps (as if sadistic therapists try to torture gays
into becoming straight), that have been used to criminalize SOCE efforts for minors in other states.

Not only so, but many people have been helped through SOCE.
As noted by Brandon Showalter, “A new study is challenging the American Psychological Association's contention
that therapies for unwanted same-sex attraction are harmful.”

We should also remember that the very term “conversion therapy,” as noted by Showalter, is derogatory more than descriptive. It was coined by critics to describe professional efforts to help people with unwanted same-sex attractions (or, unwanted gender identity confusion).
This would be like white supremacists calling the Civil Rights movement the “Black Aggression Movement.”

Such derogatory monikers are unfair and unhelpful. That’s why we do better to speak of SOCE. Why use the language of the critics?
As to the alleged harm of SOCE, while it’s true that there have been examples of abusive practices in the past, similar abuses have been documented in other types of psychotherapy as well. (In other words, shock treatment was formerly
used to treat a wide variety of mental disorders.)

More importantly, professionals involved in SOCE engage in talk therapy, speaking with their clients and helping them
get to the root of their inner-conflicts and struggles.

What on earth is so bad about this? What is so frightening?

I could also point to a book like Twelve-Step Horror Stories which “tells tales of unmitigated horror. And all of them occur either in 12-step support groups or in treatment based on the 12 step of Alcoholics Anonymous.”

Why is it, then, that books promoting SOCE are singled out? Why is it professional therapy that addresses LGBT
concerns that is being banned and criminalized?

Even the idea that homosexuality is immutable, a sacred plank of gay activism, is being challenged on many new fronts.
In fact, Dr. Lisa Diamond, a lesbian activist and respected researcher in the American Psychological Association, said this in one of her lectures: “I feel as a community, the queers have to stop saying, ‘Please help us. We’re born this way, and we can’t change’ as an argument for legal standing…and that argument is going to bite us in the a**, because now we know that there’s enough data out there,
that the other side is aware of as much as we are aware of it.”

Yes, the data is out there, but LGBT activists and their allies want to suppress it. Let the truth be told.
Rod Dreher pointed out that currently, on Amazon, you can buy books ranging from Hitler’s Mein Kampf to Sayyid Qutb’s Milestones, “which calls on Muslims to wage relentless global jihad against non-Muslims and insufficiently radical Muslims, until the entire world is under radical Islamic rule.” But you can no longer buy books by the Catholic psychologist Dr. Joseph Nicolosi.

Where does this stop?”

What, then, makes Dr. Nicolosi’s books so bad? Why are they so exceptionally dangerous? How evil is so-called “conversion therapy”?
In the words of the gay activist largely responsible for getting the books removed, “Our hard work finally [expletive] paid off!! We got the homophobic books pulled from Amazon!!!”

This was nothing less than gay activism at its totalitarian worst. There is nothing enlightened, inclusive, or tolerant about it.

Let the truth be told.