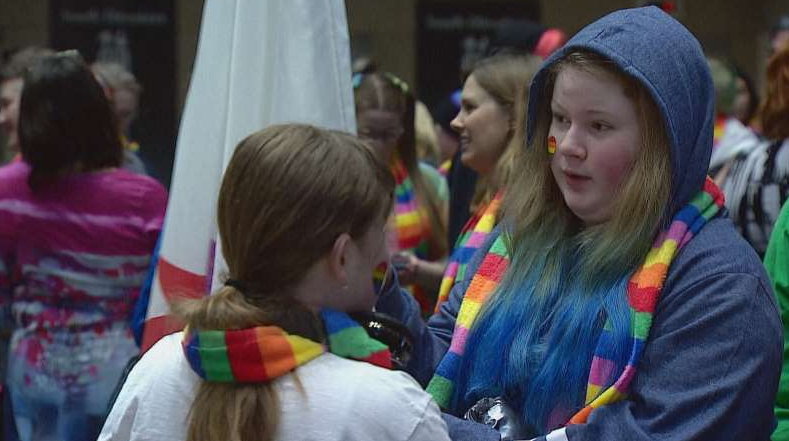 It includes fines for those who practice this type of therapy and against those who advertise it. Pam Rocker,
director of  Affirming  Connections, supports a strict ban on the practice.

These controversial therapies attempt to change the sexual orientation or gender identity of an LGBTQ person. They have serious consequences
for the mental health of those who suffer them, and are already discredited or even banned by many colleges and mental
health professional associations.

The motion was moved by five city councillors, including  Druh  Farrell and Calgary Mayor  Naheed  Nenshi. 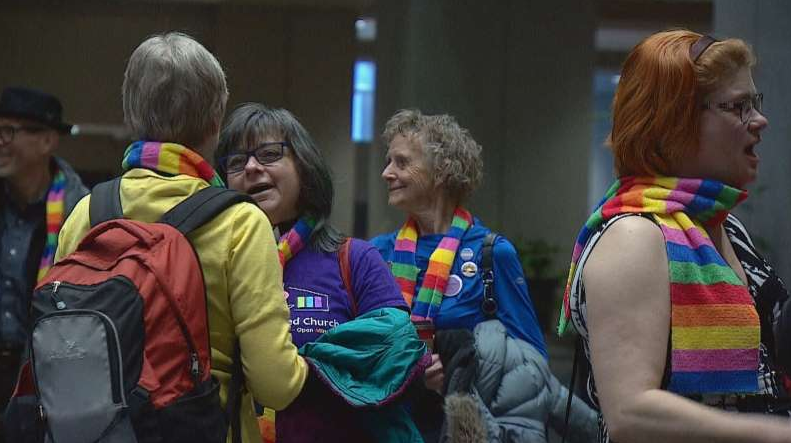 The goal of his association is to work with churches to make them more inclusive for members of the LGBTQ community. According to Rocker, many people still don't know that conversion therapies are still being practiced in the city. "I hope we can help the most vulnerable people in our community who are victims of these therapies," she says.

Many members of the gay community came to show their support for this motion. According to Linda Craig, if people need help to accept their sexual orientation you need to help them, but not by converting them into that they are not.
Converting people is not fair, it's not nice and it's not a sign of love, says Linda Craig.

Calgary Mayor  Naheed  Nenshiis pleased that this motion was passedunanimously. "What is important here is that city councillors have taken a clear stand to stand up for what is right," says the Mayor of Calgary.

He adds that if the city is attractive it is because everyone has a place there and everyone has the opportunity to live a good life there.
By passing this motion, Calgary is following in the footsteps of Edmonton, Fort McMurray and St. Albert.
up