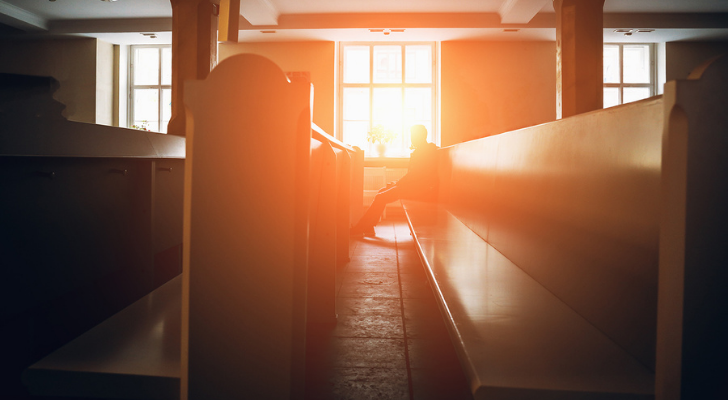 You might expect churches and religious schools, of all places, to remain safe from the government’s meddling hands.

Our Constitution does guarantee religious freedom, after all.

But if the “Equality Act” is passed – which President Biden has promised to push for in the first 100 days of his administration – not even churches and religious schools will be safe from the government’s reach. And now that the House passed this federal legislation, we are one step closer to this becoming the law of the land.

And while its name may sound nice to some, the “Equality Act” actually poses devastating
and unprecedented threats to religious freedom.

We’ve already seen examples of these threats where similar legislation has been passed at the state and local levels. Now, let’s take a look at what the “Equality Act” would mean for churches and religious schools.

In Massachusetts, state officials declared that churches are subject to state public accommodation laws. That meant if churches host public activities – something as simple as a spaghetti supper – they would be forced to open women’s private changing areas and restrooms to biological men. If a church refused, it would face crippling fines and even jail time.

This impacted people like Pastor Esteban Carrasco and House of Destiny Ministries. Esteban and his church wanted to open a women’s shelter for survivors of domestic violence. But according to this interpretation of the law, they would be forced to allow men who identify as female to use the same changing rooms, restrooms, and living facilities as these vulnerable women.

Thankfully, in response to an ADF lawsuit, state officials reversed course and admitted that the First Amendment protects a church’s freedom to operate consistently with its faith even when it hosts community outreach events.

But situations like this will multiply if the “Equality Act” is imposed on the whole country.

The Equality Act demands Christian schools act against their beliefs.

This deeply concerned The Lyceum, a classical, Catholic school, so it spoke out against the ordinance from the very beginning.
Still, the city voted to pass it.

The Lyceum operates according to the teachings of the Catholic Church, including its beliefs on human sexuality and marriage – and it asks its employees to do the same. It also asks its students to abide by the school’s faith-based conduct policies while the student attends The Lyceum.

The Lyceum was concerned that the ordinance could force it to employ people whose actions conflict with the school’s beliefs, and might force the school to abandon its faith-based standards for student conduct. The Lyceum reached out to the city multiple times to find out if it would face substantial fines and even jail time for its administration if it operates according to its religious beliefs. But the city refused to say.

That’s why ADF filed a lawsuit on behalf of The Lyceum.

Thankfully, in response to the lawsuit, the city admitted that The Lyceum has the right to hire employees that share its beliefs. But the school would likely not have that same freedom if the “Equality Act” becomes the law of the land.

The “Equality Act” also threatens religious colleges and universities, forbidding college students from using their federal tuition assistance at schools that “discriminate” on the basis of sexual orientation or gender identity. That means any Christian university that has a code of conduct prohibiting sex outside of marriage or that declines to let biological males compete on women’s sports teams could lose federal student aid.

While you might expect churches and Christian schools to be safe from such government overreach,
experience tells us that this will not be the case if the “Equality Act” is made law.

The bottom line is that our laws must respect freedom and promote justice for every citizen, no matter who they are. But that is not what the “Equality Act” does. Instead, it threatens Americans’ fundamental liberties. And that is something no American should stand for.

Help Your Church Be Better Prepared

ADF Church Alliance is a membership program that provides religious freedom legal help to protect your church to the greatest extent possible.

ADF Church Alliance acts as a hub for churches like yours to gain access to experienced First Amendment lawyers who are available to answer religious liberty questions, conduct document reviews and provide advice, and even represent your church in court if necessary and appropriate – it’s virtually all-inclusive for religious freedom issues.
By Sarah Kramer
churchleaders
https://translate.google.com/translate?hl=en&sl=auto&tl=en&u=https://churchleaders.com/pastors/pastor-articles/392792-think-the-equality-act-will-spare-churches-and-religious-schools-think-again.html?utm_source=cl-sundaysend-nl&utm_medium=email&utm_content=featured-image&utm_campaign=cl-sundaysend-nl20210404&maropost_id=745387131&mpweb=256-9335628-745387131
up