Thousands of Men on Their Knees, Crying Out to God': Promise Keepers Scores Big Comeback Moment in Dallas 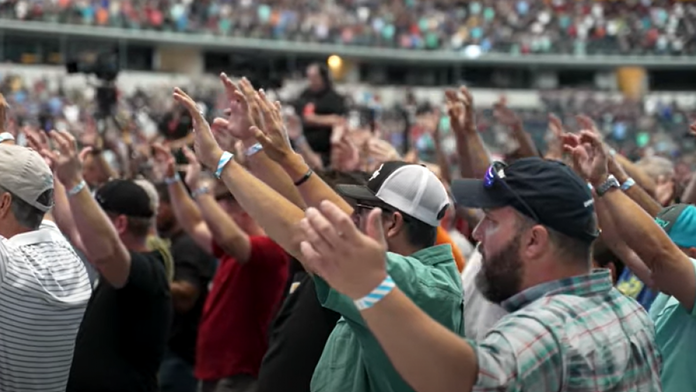 Nearly 30,000 men attended the 2021 Promise Keepers Men's Conference last weekend in Dallas, Texas with hundreds of churches hosting even more men online.
The two-day event aimed to bring a positive message that would inspire transformation and empower men so they could return home equipped to lead their families, communities, and country.
On Thursday, Promise Keepers (PK) tweeted, "God did some amazing things" and that was only the first day. 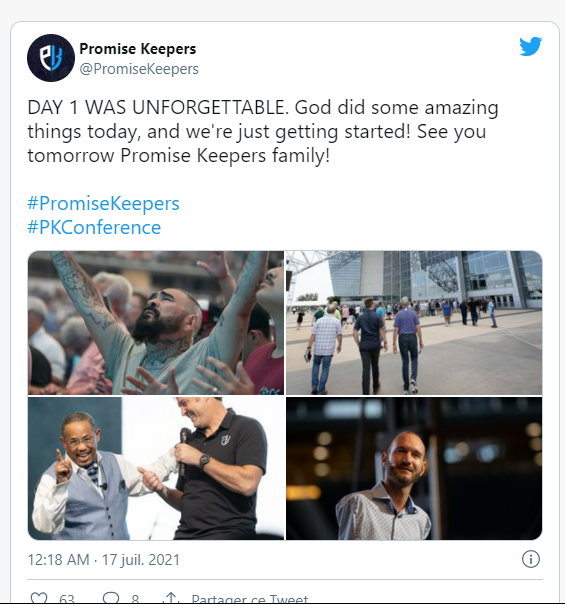 "Everyone in the kingdom of God has a specific calling on his life ... It's time for you to stand up
and be the warrior that God called you to be," he said.

The conference took place at the AT&T Stadium, home field of the Dallas Cowboys, and featured a special panel of prominent speakers.
Pastor A.R. Bernard of the Christian Cultural Center in Brooklyn, New York told those in attendance, "Jesus can take a heart of hatred and turn it into a heart of love."

Hall of Fame wide receiver and former Cowboys player Michael Irvin prompted the men to, "Make sure you go to the owner's manual, the Bible, to get your name and find your identity."

Author and Christian psychologist Les Parrott pointed out, "Your relationships can only be as healthy as you are."

"Fathers, Sons, and Brothers in the altars surrendering their lives to Christ and creating a new legacy for their families." 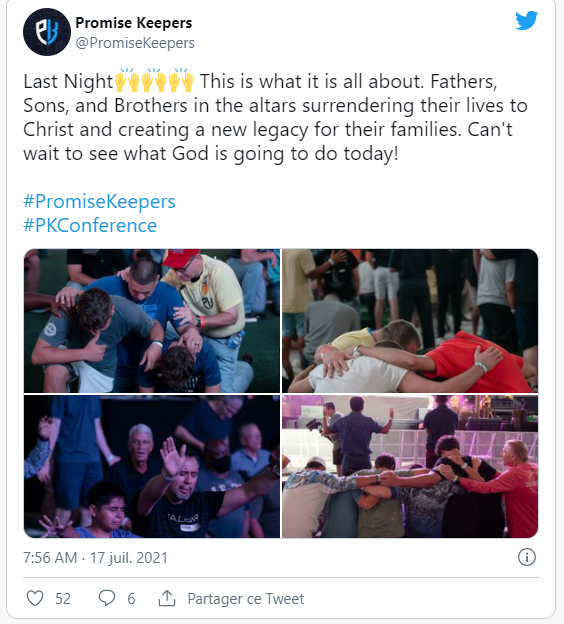 And the blessings kept coming on Friday as more men encountered Jesus.

David Closson, director of the Center for Biblical Worldview with FRC, said it was a powerful sight to see men committing their lives to Christ in such an extraordinary place.

"Here is a stadium known for football, but instead of beer and profanity, it was filled with men confessing their sins, praying and praising God," he explained. "It was encouraging to see men kneeling at the 50-yard line on the Dallas Cowboy star, surrounded by thousands of men on their knees, crying out to God. That stadium became a sanctuary."

Founded in 1990 by former University of Colorado football coach Bill McCartney, Promise Keepers is a movement that encourages men to be Christ-like leaders for their church and community. The massive men's events from the '90s had waned until the movement began making an online comeback in 2020 during the pandemic.