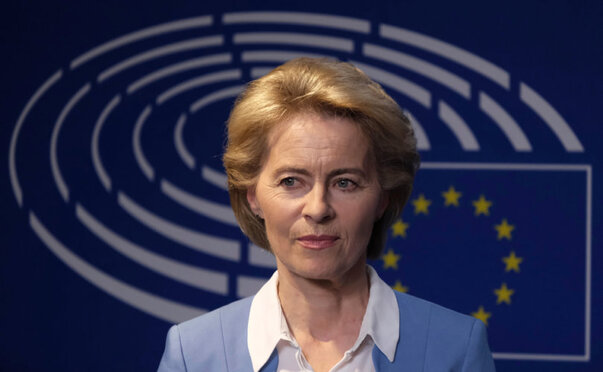 BRUSSELS, Belgium (LifeSiteNews) — In a decision announced February 16, the European Court of Justice ruled to permit removing millions in funding to Hungary and Poland in response to the nations’ opposition to the European Union’s pro-LGBT stance and expansion of power, stating that money from the European Union is dependent on adherence to EU laws.

The European Court of Justice (ECJ) announced Wednesday that it rejected the challenge made by both Hungary and Poland against the European Union’s (EU) “conditionality mechanism.”

The mechanism was “adopted on an appropriate legal basis … and respects in particular the limits of the powers conferred on the European Union and the principle of legal certainty,” the court argued.

The mechanism itself “makes the receipt of financing from the Union budget subject to the respect by the Member States for the principles of the rule of law,” and as such would effectively make any funding from the bloc subject to alignment with
the EU’s core “values” of the day, including LGBT promotion.

Adopted December 2020 by the European Parliament and European Council, the “conditionality mechanism” was separately challenged by Hungary and Poland, who argued that there was no “appropriate legal basis” for such a law, and that the EU had “exceeded its powers.”

The ruling by the ECJ thus puts any future funding to the two countries in severe jeopardy, though the final decision on whether the “conditionality mechanism” will be brought into effect now lies with European Commission President Ursula von der Leyen.

Von der Leyen, believed to be waiting to take any further action until after Hungary’s election in early April, welcomed the ECJ’s ruling, saying that it protects “the EU budget and the financial interests of the Union against breaches of the principles of the rule of law.”

EU officials also welcomed the ruling and hinted at a future implementation of the mechanism, with the EU’s commissioner for budget and administration Johannes Hahn announcing that he would “finalise the guidelines as next step.”

The ruling would not have been a surprise to Hungarian Prime Minister Viktor Orbán, who expected the decision, predicting that the court would make “political decisions” as the “law [is] simply being used as an instrument to enforce a political resolution.”

Issuing a warning call to other European nations to halt the EU’s “extension of powers by stealth,” Orbán stated that the EU was using “budgetary blackmail” in its move to undermine “the bulwarks of national sovereignty.”
Member States must not accept a situation in which political decisions are taken by the European Court of Justice, instead of the peoples and governments of the Member States. This cause is not simply Poland’s and Hungary’s: it is the common cause of all European citizens and Member States. Wake up, Europe!

Hungary Justice Minister Judit Varga echoed Orbán when slating the ruling, styling it “a politically motivated
judgment because of the Child Protection Act!” 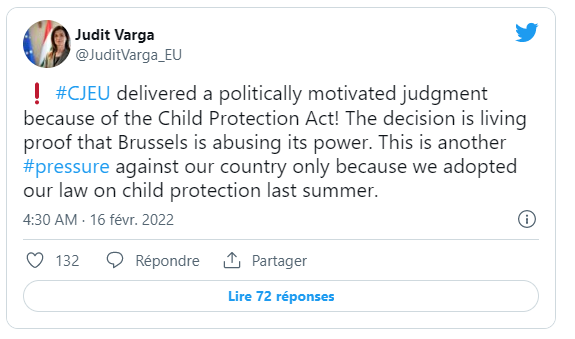 Disagreements between both Poland, Hungary and the EU have already led to a delay in funds being provided to the two countries. Poland is still waiting for €36 billion from the EU, and Hungary for €7.2 billion.

In fact, the two countries are still waiting for EU approval of their post-COVID national recovery plans, which would allow them to draw from the bloc’s €750 billion fund. The “conditionality mechanism” could as yet be applied to these funds.

Both Poland and Hungary remain under intensified scrutiny as the EU’s Article 7 proceedings — which oppose a ban on LGBT promotion to children in the two countries — continues. The process has the potential to strip the countries of their EU voting rights.

The proceedings have been stalled during the COVID restrictions. However, the procedure has further been halted as it needs unanimous approval of all member states, and both Hungary and Poland have blocked the process against each other.