"Complex and sensitive" topics to teach 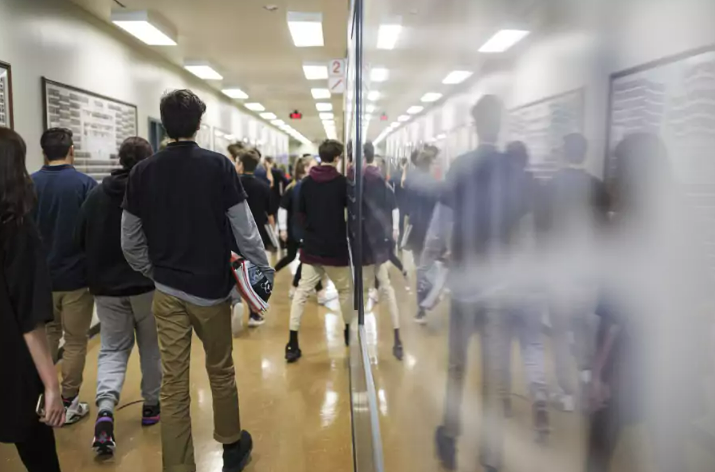 While the ECR program is compulsoryfrom Grade 1 of primaryto Grade 5 of Secondary School, the government report shows that the perception of religious culture is very different depending on the level at which it is taught.
Teachers sometimes have a hard time with topics covered in the Ethics and Religious Culture (ECR) course. Faced with content deemed more "delicate", including religion, some have "the impression of walking on eggshells", reveals a report produced by the Ministry of Education in the wake of the redesign of this course.
At the beginning of the 2023 school year, the ECR course will be replaced by the Culture et citoyenneté québécoise course. As part of this redesign, the Ministry of Education conducted a consultation in schools and drew a report dated March 2021, but recently made public following an access to information request.

The document lifts the veil on some difficulties encountered by teachers who have to address in class "complex and sensitive subjects", sometimes "source of tension", reads the report, which quotes a dozen teachers while preserving their anonymity.

Among these delicate subjects is "the theme of tolerance, where the problem of racism is approached
with the tension that the N-word can generate... " observes a teacher.

Another believes that talking about tolerance "is a feat." « [...] Many students and their parents are downright racist or xenophobic and this is reflected in the responses of several students... On the other hand, addressing bullying is difficult when in the classrooms themselves the aggressors and victims are found," he testifies in the document.

A certain "malaise"While the ECR program is compulsoryfrom Grade 1 of primaryto Grade 5 of Secondary School, the government report shows that the perception of religious culture is very different depending on the level at which it is taught.

At the primary level, teachers consider that religious culture is "too abstract" for students
and a majority believe that it does not "contribute to the role of the school".

The majority of students who do not have a religious affiliation, or do not even know that they have one,
are not ready to receive this knowledge.

For her part, a pedagogical advisor believes that the "discomfort" of some teachers with regard to the teaching of religious culture is "comparable to that caused by sexuality education".

Some have "very little religious culture and do not feel competent to do so; others have a misconception about this aspect; still others misunderstand it. Some have had a negative personal experience related to a religion.
Some fear religions and even hate them," the adviser said.

"In this sense, the social and family context is for some an obstacle: either there is a fear that the school's discourse on the religious phenomenon confronts family religious life; or the absence of a religious dimension in family life renders the subject obsolete," it reads.

A price that is not very valuedAmong the other difficulties encountered in teaching this course, secondary school teachers cite too many students, the heaviness of the task and the lack of time to teach well.

A Montreal teacher notes that some of his high school colleagues have up to 14 groups to follow. "How do you put forward, implement a program, when you have more than 450 students with whom to follow up? It's impossible," the teacher said.

Another considers that the lack of time devoted to this course means that the subject is "garrochée".

Half of the secondary school teachers who responded to the Ministry of Education's questionnaire indicated that they did not have initial training in ethics and religious culture.

The ethics and religious culture course is devalued, note the report's authors, who report "frustration" in this regard among teachers. One teacher mentions a "contempt" for the course, while others deplore that it is perceived as a "soft subject", a "catch-all material in which we send all the speakers of the school to do their little number".

The new Quebec Culture and Citizenship course will focus on Quebec culture and citizenship, as the name suggests, as well as dialogue and critical thinking. The Ministry of Education intends to include media and sexuality education. The student will also be led "to address moral dilemmas as well as to examine cultural, moral, religious, scientific and social landmarks".

The Ministry of Education states that "a set of elements and considerations have been taken into account in
the process of revising the Ethics and Religious Culture program."

MARIE-EVE MORASSE
THE PRESS
Ministry of Education Report on ethics and religious culture course | "Complex and sensitive" subjects to teach| The Press (lapresse.ca)
up