return
TORONTO - Trikafta, a “near miracle” treatment for people with cystic fibrosis (CF), is finally available in four Canadian provinces, including Ontario and Quebec. 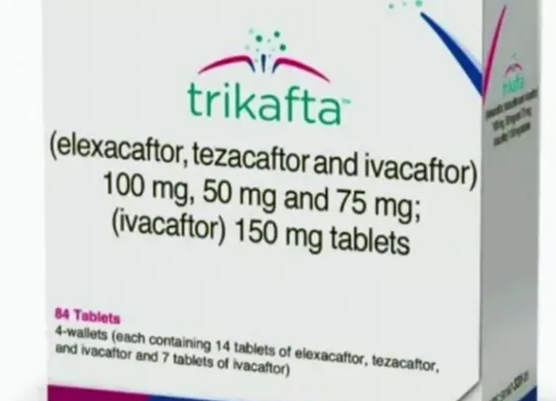 Santé Canada approved the drug Trikafta in June 2021, and it only took a few months for Ontario, Alberta, Saskatchewan and Quebec to announce that it will be supported and funded by public funds.

“It was a big surprise and I'm very happy it was so quick,” exclaimed Cystic Fibrosis Canada's Chief Scientific Officer,
Dr. John Wallenburg, in an interview with Le Droit.
CF is the most common fatal disease in Canadian children and young adults, affecting various organs,
particularly the digestive system and lungs.

The degree of effects of CF differs from person to person. There is no cure to eradicate this disease.

People with cystic fibrosis aged 12 and over whose lung functions are below 90% will now be able to obtain the Trikafta, which is priced around $ 300,000 per year, free of charge.

Dr. Wallenburg understands better than anyone the nervous reaction of parents of children with this disease to this new breakthrough, considered revolutionary.

In 2014, he lost his daughter to cystic fibrosis. She would have been 35 this year, he says. “It gives hope. It's encouraging to see that when the will is there, you can make great strides. ”

According to Dr Wallenburg, if the Trikafta got through the bureaucratic system so quickly, it was thanks to the tenacity of the community. “There has been an absolutely incredible advocacy effort by the CF community at the federal and provincial levels. This is probably the most important factor, which is to have raised awareness among politicians, and to have received the commitment of the whole system to accelerate the process. ”

Changing the Lives of Many People

“We were successful in making 80% of Canadians with cystic fibrosis eligible for Trikafta. It will change the lives of a lot of people. ”

When Cystic Fibrosis Canada was established in 1960, the life expectancy of people with the disease
was around four to five years, says Dr. Wallenburg.

However, since it is possible to diagnose the disease in newborns and to treat the symptoms from a very young age, “we have managed to increase life expectancy for each year that we have done. of research".

“With what we see with Trikafta, we predict that it could add one more year for each year that the drug is available. (...) If we continue to use drugs to improve care and symptoms, we may see a 20-year increase in life expectancy in 2030. I speculate, but we conclude that the impact is huge, ”says John Wallenburg.

Certainly, even if Trikafta is an “almost miraculous” drug, it is not a cure, but a treatment, notes the specialist.

About 5% of people with this disease are not eligible, says Dr. Wallenburg, since the mutation of the disease in these people cannot be corrected by medication.

People under the age of 12 do not have access to Trikafta, but according to the Chief Scientific Officer at Cystic Fibrosis Canada, this restriction will not last long.