return
A bill to expand euthanasia and another bill to criminalize counseling and therapy for unwanted gender confusion
or same-sex attraction will die on the order paper. 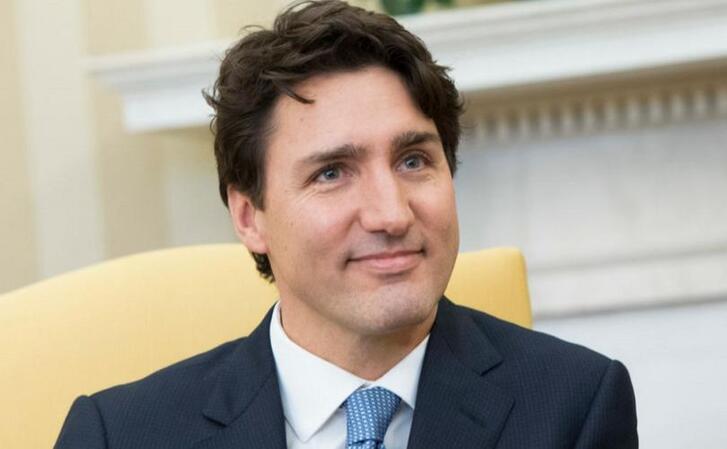 OTTAWA, Ontario, August 21, 2020 (LifeSiteNews) — One of Canada’s top pro-life and pro-family organizations has said that Canadian prime minister Justin Trudeau’s postponing of Parliament may have a positive side-effect: “evil bills will
be stopped in their tracks if things go as in the past.”

“Although prorogation might allow Justin Trudeau to escape the full scrutiny of the parliamentary committees into his criminal behaviour, there may be a silver lining in that prorogation normally results in killing any bills that have not yet received Royal Assent,” Campaign Life Coalition (CLC)’s political operations director Jack Fonseca told LifeSiteNews.

“Therefore, Bill C-7 to expand euthanasia to people who are not dying, and Bill C-8 to criminalize pastoral counselling and clinical therapy for unwanted gender confusion or same-sex attraction, should die on the order paper. These evil bills will
be stopped in their tracks if things go as in the past.”

On Tuesday, Canadian prime minister Justin Trudeau asked the Canadian governor-general, Julie Payette, to prorogue Parliament until the fall, meaning that all parliamentary sessions and pending legislation have come to a halt, which includes any WE Charity committee probes.

“Today, I have asked the Governor-General to prorogue parliament, which must happen before any government can present a throne speech,” said Trudeau at Tuesday afternoon press conference in Ottawa.
Trudeau announced that his government will give a speech from the throne on September 23 to present a
“new plan” for Canadians amid the ongoing coronavirus crisis.

“The throne speech will give us the opportunity to lay out in detail our approach going forward.
It will also allow parliament to hold a confidence vote on this new plan,” said Trudeau.

Should enough opposition parties oppose the throne speech, the Trudeau government could fall, which would trigger an election.

Fonseca told LifeSiteNews that bills would need to be introduced “all over again” in the fall parliamentary session unless “Trudeau pulls a dirty trick and manages to pass a motion to pick them up where they left off.”

“As morally deficient and diabolically sneaky as Trudeau is, I wouldn’t put it past him to try that. We know he loves normalizing sodomy and killing vulnerable Canadians, whether by abortion or euthanasia, so I wouldn’t be surprised,” Fonseca told LifeSiteNews.

Despite the silver lining of the potential for Bills C-7 and C-8 to face elimination, Fonseca noted that there could be a negative in that Saskatchewan member of Parliament Cathay Wagantall’s pro-life private members bill C-233 could also be gone.

“On the negative side, prorogation will also halt Cathay Wagantall’s pro-life private members bill C-233, to ban sex-selective abortions, and it is unfortunate we’ll miss a chance to pass that much-needed law. Hopefully, she or another Conservative MP will bring it back in the new session.”

Wagantall’s Bill C-233 was introduced on February 26. If passed, it would make it a crime for any physician to knowingly carry out an abortion solely based on an unborn child’s sex.

The Conservative government under Prime Minister Stephen Harper also prorogued parliament more than once during its time in power.

Freeland was officially sworn in to the role Tuesday afternoon. The proroguing of Parliament by Trudeau comes amid his ongoing involvement with the WE Charity scandal.

Trudeau and former finance minister Morneau are currently under investigation by the ethics commissioner and have issued apologies for not recusing themselves from their cabinet discussions to approve the now canceled contract with the WE Charity.

The contract would have seen WE get up to $43.5 million to administer the Canada Student Service Grants program (CSSG).

Morneau recently told the finance committee that he wrote a check for $41,366 as reimbursement for WE Charity travel expenses he had incurred for two family trips with the organization in 2017.

On Tuesday, the office of the ethics commissioner said its investigation will go on despite Morneau’s resignation.

By shutting down Parliament, Trudeau will shut down committees, which includes the committee investigation of the WE Charity scandal.

On Tuesday, Conservative M.P. Pierre Poilievre, who sits on the finance committee investigating the WE Charity scandal, called for the immediate release of 5,000 pages of WE scandal documents before the shutting of Parliament.

“Finance Committee members expect 5000 pages of WE scandal documents by tomorrow.... unless the PM prorogues today and seals the documents in an unprecedented cover-up,” wrote Poilievre on Twitter.

Later in the afternoon on Tuesday, Poilievre confirmed that the Finance Committee clerk will “honor”
the opposition demands to release the documents.

“UPDATE: Trudeau checked, as Finance Committee Clerk tells me he will honour opposition demand to release some WE scandal docs before PM can lock them down under prorogation. We will fight any unjustified redactions,” wrote Poilievre on Twitter.

In his press conference, Trudeau confirmed that “all those documents” were released before Parliament was prorogued.

On Wednesday, Poilievre blasted the documents that were released because many of them were redacted
to the point where all relevant information was blacked out.

Bill C-8 defines “conversion therapy” as “a practice, treatment or service designed to change a person’s sexual orientation to heterosexual or gender identity to cisgender, or to repress or reduce non-heterosexual attraction or sexual behaviour.”

A retired Canadian judge blasted the legislation as the most “aggressive assault on parental rights” ever attempted by a federal government.”

Bill C-7 was introduced in February and would further expand Canada’s euthanasia laws. Euthanasia was legalized in Canada by pro-abortion Trudeau's Liberal Party in 2016 with Bill C-14.
up