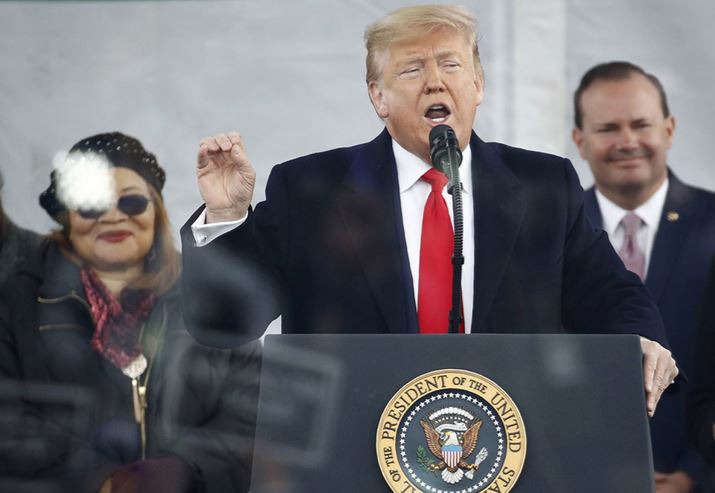 Imagine running a Christian organization or business and having the government tell you that you have ti hire someone whose religious or non-religious views are totally contrary to the aims and goals of your organization. Imagine running a pro-life group and having the government insist you hire someone who promotes abortion.To help avoid these kinds of problematic scenarios, President Donald Trump this week finalized a federal rule to protect the hiring rights of Christian groups.

On Monday the Labor Department announced its “Implementing Legal Requirements Regarding the Equal Opportunity Clause’s Religious Exemption” Final Rule, which will be published in an upcoming edition of the Federal Register

“This rule will encourage the full and equal participation of religious organizations as federal contractors. Religious organizations, many of them small nonprofits, provide such essential services as feeding the hungry, supporting refugees, and educating our nation’s students,” it says.

Executive Order 11246, which OFCCP enforces, generally requires federal contractors to abide by nondiscrimination and affirmative action requirements. Yet the order also acknowledges that religious organizations may prefer in employment “individuals of a particular religion,” so that they can maintain their religious identity and integrity. This accommodation is patterned after a nearly identical provision that has been part of the Civil Rights Act for over a half-century. The rule provides clearer interpretation of the parameters of the religious exemption by adding definitions of key terms. It adds a rule of construction to provide the maximum legal protection of religious exercise permitted by the Constitution and law, including the Religious Freedom Restoration Act. The rule also adds several examples within the definition of “religious corporation, association, educational institution, or society” to better illustrate which organizations may qualify for the religious exemption.

“Religious organizations should not have to fear that acceptance of a federal contract or subcontract will require them to abandon their religious character or identity,” said U.S. Secretary of Labor Eugene Scalia. “This rule gives full effect to Executive Order 11246’s protection of religious organizations.”

“OFCCP is committed to protecting religious liberty, while ensuring vigorous enforcement of the anti-discrimination laws the agency administers,” said Office of Federal Contract Compliance Programs Director Craig E. Leen. “This rule will help ensure that religious organizations can fully participate in federal procurement consistent with the First Amendment and other applicable federal laws.”
up