RETURN
Among other things, a pro-trans investigative program that nonetheless featured the experiences
​of de-transitioners is portrayed by the CBC as transphobic. 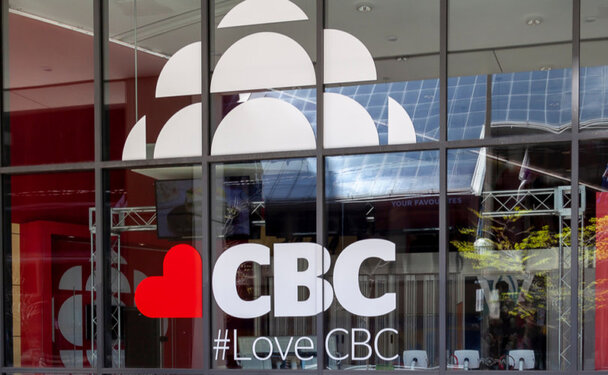 (LifeSiteNews) — As evidence increases that gender ideology is dangerous and that transition for minors has devastating results, Canada’s state broadcaster, the CBC, has been publishing a flurry of articles defending the transgender movement. As I noted earlier this month in this space, the CBC recently published an article by a transgender professor from the University of Calgary calling on the government to do more to respond to criticisms of the trans movement. As it turns out, that column was just the beginning.

That editorial was followed up by an article titled “Anti-trans views are worryingly prevalent and disproportionately harmful, community and experts warn.” As journalist Jonathan Kay noted on Twitter, the article is a response to the fact that “some Canadian media are finally finding the courage to say what 99% of people think, notwithstanding efforts (such as are contained in this piece)
to rebrand discussion of biology as hate speech.”
An excerpt:

“The climate for trans people has improved in the last decade very considerably, but we’re definitely starting to feel some of those waves of anti-trans activism that have really taken hold in the United Kingdom and in the United States in recent years,” said Travers, a professor of sociology at Simon Fraser University in Burnaby, B.C, who goes by one name.

Recent media coverage, including a story by the CTV News investigative program W5 and opinion columns published by the Toronto Star and CBC, have been criticized by some members of the transgender community for pushing transphobic ideas and misrepresenting the dangers they face daily, which, according to Statistics Canada, include violence and poor mental health due to discrimination.

Among the concerning messages, say critics, are assertions that trans people who have not undergone transition-related surgery are not real men or women or that falsely paint trans women as dangerous men. Similar ideas have been spreading in the U.K. for years.

Got that? A pro-trans investigative program that nonetheless featured the experiences of de-transitioners is portrayed by the CBC as transphobic. The article goes on to criticize Harry Potter author J.K. Rowling, comedian Dave Chappelle, and columnist Rosie DiManno, who wrote that the phrase “pregnant people” was “trans activism run amok.” The CBC framed this as DiManno being “critical
of the use of inclusive language in health care.”

“We’re exhausted,” the CBC quotes a transgender activist as saying. “We’re exhausted from constantly having to debate our existence.” This is simply nonsense. Nobody is debating anybody’s existence. Some of us disagree with their ideology, but the idea that this amount to threatening someone’s existence is just a blatant power play employed by people who want to shut their opponents up. Indeed, censorship and the silencing of those who disagree is the next transgender fight — their battle, one told the CBC, “isn’t even close to over.”

The CBC article even objected to CTV quoting the experiences of de-transitioners: “Recent media coverage makes ‘people feel a sense of being targeted,’ says Kinnon MacKinnon, an assistant professor in the school of social work at York University in Toronto and a researcher on transgender health care and those who have detransitioned.” The implication is clear: These stories should be silenced to ensure that trans activists do not feel uncomfortable. Additionally, the article emphasizes that puberty blockers and transition for minors is safe, which is a vile lie. In conclusion, the article explicitly advocates censorship:

“If people can just keep that in their minds and go forward with that thought, then, you know, we might get somewhere. Progress takes time, but it should not end with us going back in time.”

If you are willing to swallow their ideology and agree with them that men can be women and women can be men, you’re good. If not, you should be silenced because you are dangerous.

This has become a trend at Canada’s state broadcaster. Another “news” article this month bore this title: “Quebec’s Bill 2 would put transgender people at risk of violence, says advocate.” An excerpt:

Transgender advocate Daphne Barile says a new bill proposed by the Quebec government is both confusing and dangerous. Since 2015, Quebecers have been able to change their sex designation on their identity documents without having to undergo gender surgery. Bill 2 could change that. Transgender people who do not undergo surgery, either because they don’t want to or can’t access it, could instead have separate “sex” and “gender” categories on their ID. Under gender, people could choose male, female or non-binary.

The entire news article is made up of an interview with a trans activists claiming that this law puts them at risk of physical violence. (It is important to note here that according to the data, trans people are not more at risk and not marginalized as they claim.) Last month, the CBC published an article advocating for more “care” — that is, access to sex change treatments — for youth.

As free media in the United States and across Europe increasingly expose the dangers of gender ideology and the irreversible damage resulting from transition, Canada’s state broadcaster is buckling down. Funded by Canadian tax dollars, they are advocating the muzzling of those who have not climbed on to the trans train and are accusing those who do not believe gender is fluid of holding views equivalent to violence.

If we had a real conservative party in this country, they would run on defunding the CBC and forcing
the ideological hacks in front of the cameras off the public purse.