US priest: Leaving God out of politics is ‘illogical, immoral, and un-American’ 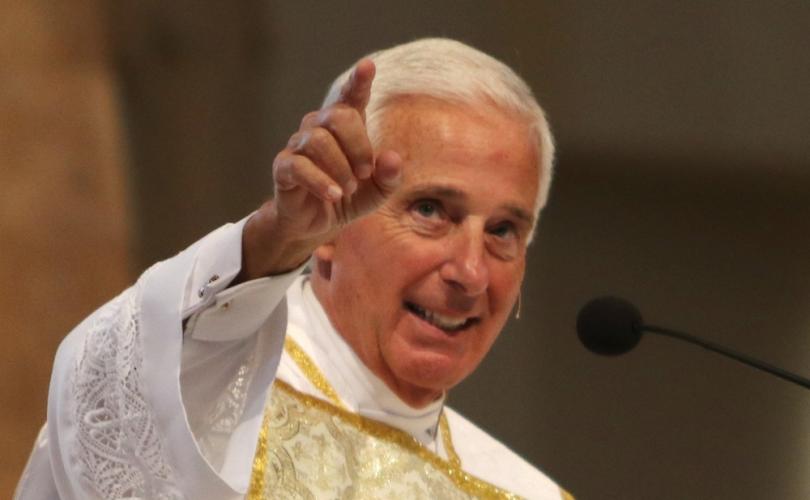 August 6, 2019 (LifeSiteNews) – A Florida Catholic priest told a recent GOP political gathering that leaving God out of politics is
“illogical, immoral and un-American.”

Politics is something that pastors usually stay away from, Father Michael Orsi said.

“However if your pastor is staying away from politics, tell him he's an illegitimate pastor,” he said. “The reason I say that is because politics affect our lives. And when we talk about our lives, we necessarily have to remind ourselves that we are called to be moral creatures.”

“And the important part about politics is that God is important in our political life,” Orsi said
video
A lot of people think it's not chic to talk about God, he told the Collier County, FL, Republican Executive Committee
in a July meeting that was published on YouTube August 2.

“Let me tell you, Republicans, if you want to win, I think it's time that you talk openly about God,” the priest said, “openly, because that's what people's hearts are and people know what's right when they hear the truth.”

He continued saying that people urge sugarcoated language that excludes mentioning the Creator, adding that if Republicans do that, and do not mention God, then they're going to lose the battle - which is what the enemy wants.

Orsi, a priest of the Diocese of Camden, New Jersey, who currently serves as parochial vicar for St. Agnes Parish in Naples, Florida, is also a writer and host of the weekly cable television series on pro-life issues, “Action for Life TV.” He is the former chaplain of Ave Maria School of Law in Naples.

Now more and more God is trying to be removed from the public square and from the political discourse, he told the GOP gathering in an address last month, continuing that this was, “Very foolish, very stupid, very un-American.”

This is because our country is founded on the principle that there is a God who guarantees our rights, he explained.

The men who composed the early documents of our country were God-fearing men, he added, “And they realized that in order to have a virtuous country you have to believe in God. Why? God guarantees you your rights.”

“God gives you your rights,” he stated. “They are anchored in God.”

“And so God sets the standard for what is right and what is wrong,” continued Orsi. “And in order to have a healthy political system, in order to have America as we know America, God has to play an important role in our civil discourse.”

God is there in the national motto of “One nation under God, indivisible, with liberty and justice for all,
” said Orsi, and thus if your pastor is not talking about politics and God - he is failing you.

A lot of people have the idea that as long as you’re a nice person, get along with everybody and be politically correct
that they’re going to be saved, he said.

“Well maybe not,” Orsi stated, “because you’re called to speak the truth.”
“Where do we find the truth? Where's our nation rooted?” he asked. “In God, but God in the Bible, in the Judeo Christian tradition.
That's where God is found and that's where we learn how to live as good human beings.”

Orsi listed specific current examples where pastors should be invoking God and thus influence the political realm and the nation’s culture,
including the just war theory, immigration and gender ideology, and explained the Church’s approach to each.

These examples are right out of the Bible, he said.

“I want to tell you to speak openly about our rights given to us by God,” Orsi told the republican group in conclusion.
“Our obligation to live as God-like people, following God's instruction to us in the Bible.”