RETURN
Browsing websites that sell cannabis products, you'll probably read that this drug relieves chronic pain, arthritis, and many other conditions. But don't expect to find clinical evidence to support this claim. 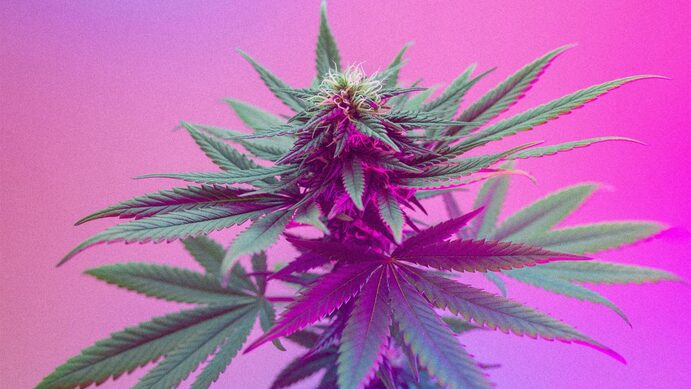 Four years after cannabis was legalized, the federal government's clinical trials database at Health Canada does not show strong active research to evaluate its purported medicinal properties. This frustrates many researchers, who say cannabis growers, processors and sellers in Canada have little incentive to fund rigorous pharmaceutical analyses of their claims.

According to the researchers, the industry is more content to sell its products in compliance with the less stringent requirements that govern the recreational consumption market.

"Cannabis producers are showing no willingness to support medical access," says Mary-Ann Fitzcharles, an associate professor of medicine at McGill University and a leading pain researcher. She adds that initial hopes of a partnership between industry and researchers to conduct the necessary studies have faded.

This lack of data does not allow patients trying to relieve their ailments — or their doctors — to verify the accuracy of claims by cannabis-related companies and some patient advocacy groups. The studies cited by these companies to support their claims are not clinical trials, they are mainly patient surveys and observational studies often conducted by the companies themselves, which can lead to considerable bias. Approximately 400,000 Canadians currently have an authorization to use cannabis for medical purposes issued by their doctor, and it is believed that many more are using it.

But there is no data yet on its effectiveness or potential harm.

The scientific community attributes this failure to a variety of reasons. The legalization of cannabis in Canada in 2018 opened the door to collaborations between researchers and industry to finally test its medicinal properties using the gold standard: clinical trials. However, cannabis is classified as a drug under the Food and Drugs Act, so it must comply with Health Canada's Good Manufacturing Practices to consistently meet quality standards. For companies in the sector, this research process is more complicated and costly than the less difficult process of obtaining authorization to market cannabis for recreational purposes. Even if a researcher wanted to legally purchase cannabis from a local supplier and test it, they would have to go back to the starting point and do many more studies to successfully file a clinical trial application with Health Canada for this form of cannabis.
The researchers also point out that studies can be hampered by the complexity of the ingredients that make up cannabis products, including highly variable amounts of tetrahydrocannabinol (THC), the chemical that gets you high.

But they also criticize Health Canada for failing to proactively streamline the cannabis clinical trial process while ensuring quality standards. Last year, more than 200 clinicians and scientists wrote an open letter to Health Canada calling for a review of the current regulatory process.

So far, little has changed on this front. A few tweaks have made it easier for a handful of researchers to obtain research licenses and permission to start conducting cannabis studies in certain situations, such as when there is adequate safety data for humans.

However, this is not enough to prioritize the cannabis studies that researchers say they need, as most cannabis candidate products still need to undergo extensive preclinical and safety studies.

"A separate pathway for prescription cannabis products is not being considered at this time," said Tammy Jarbeau, Senior Media Relations Advisor for Health Canada. A mandatory review of the Cannabis Act, which was scheduled to begin in October 2021, is expected shortly, according to Jarbeau. It is unclear whether this review will focus on ways to improve Health Canada's regulation of cannabis studies.

The government's slow response is discouraging, says James MacKillop, professor of psychiatry and behavioural neuroscience and director of the Michael G. DeGroote Centre for Medical Cannabis Research at McMaster University. "I would have liked to see an opportunity to assess the therapeutic benefits of products legally sold to Canadians," says MacKillop. "Why not create a pathway to assess whether the products Canadians consume are effective or not?"

Cannabis companies share the frustration with the way studies are conducted in Canada. Some of them, such as Ontario-based Canopy Growth Corporation, say they are testing in other countries, including, in recent years, the United States, where federal laws such as the Farm Bill make it easier for academic institutions to conduct studies on the health effects of cannabis.

But the industry acknowledges that strong financial headwinds in the cannabis sector, which have caused some companies to close and others merge to survive, have diverted attention and resources away from clinical research, slowing the accumulation of solid evidence.

"Companies like Canopy need to set their priorities — where to invest their money and where to put their energy," says Mark Ware, Chief Medical Officer at Canopy Growth Corporation. Like other companies in the sector in Canada, he says, Canopy has focused more on the commercial side than on medical research. "At the same time as we were struggling with these issues, the company did some reorganizations and redefined its strategies; the idea of further developing pharmaceuticals was not a priority at that time," says Ware.

Patients, on the other hand, cannot expect clear answers from their advocacy organizations. The cannabis information on The Arthritis Society's website is sponsored by companies like Spectrum Therapeutics, a pharmaceutical company owned by Canopy Growth. Spectrum Therapeutics' website states that it provides "cannabis-based medical products to improve the lives of patients around the world."

The Arthritis Society's website dedicates several pages to the medical use of cannabis for pain control, featuring information on everything from how to access online webinars hosted by doctors — and sponsored by cannabis producers such as Harvest Medicine and Canna Farms.

Siân Bevan, Executive Director of Science at The Arthritis Society, is not immune to the lack of evidence. She points out that The Arthritis Society is funding cannabis research to fill this void, but in the meantime, it needs to help the many Canadians who are already using cannabis for pain relief. "People want to understand what we know and what we don't know, and we can provide that platform
for people who come to us for information," Bevan says.

The researchers insist that only evidence from clinical trials can remove this uncertainty. "It seems to me that we should do everything we can to evaluate the pros and cons [of the medical use of cannabis]," says MacKillop.