What is euthanasia for? Part V: How different policies, from Quebec and Canada, have created a philosophical bifurcation,
​for the Canadian provinces. 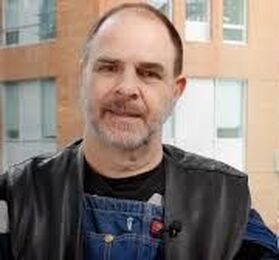 By Gordon Friesen
Member of the EPC Board of Directors

The legal justification for medical assistance in dying has two distinct parts. First, there is a so-called "right" to "choose" death. Second, it is argued that euthanasia should be considered a legitimate medical "treatment".

Until now, the acceptance of euthanasia in Canada (and in other places where the vocabulary of "medical assistance in dying" has been adopted) has rested on a botched amalgamation of these two justifications, blithely ignoring the fundamental contradictions involved.I believe, however, that recent developments in the province of Quebec are ultimately destined to subject this unstable construction of MAID to increasing (and perhaps unsustainable) pressure.

In fact, the first major cracks have already appeared.

Following the acceptance of federal law C-7 -- extending access to euthanasia to people who are not in imminent danger of death (and after March 2023, even to those suffering only from mental disorders)--Quebec provincial lawmakers immediately initiated a review of their own law (Quebec Bill 52,“Act respecting end-of-life care” ).

The two most important recommendations of this review are 1) acceptance of MAID by advance directive (upon receipt of a diagnosis of neurodegenerative disease), and 2) denial of MAID to persons with mental illness only. . These two proposals are contrary to the federal provisions of C-7: because Quebec wishes to allow advance directives (which the federal government has refused); and Quebec wishes to refuse MAID for mental illness (which the federal government has approved)!

The table is therefore (apparently) set for a great test of will. However, this criterion must not be based solely on substantive disagreement, but rather on a real conflict of federal and provincial jurisdictions. Quebec, to be clear (like all other provinces) has exclusive jurisdiction over public health care. This means that Quebec will probably rule that euthanasia for mental illness is not medically justifiable, but euthanasia by advance directive is. Therefore, we will soon (in all likelihood) see people accessing maid service by advance directive (in the province of Quebec) even though no criminal immunity has been created for this purpose in federal law. And likewise (assuming the

In other words, there will now be an open and very important disagreement between what is legally permitted (in all of Canada under the Criminal Code) and what is offered as medical treatment (in Quebec, under provincial jurisdiction health matter ). There's also no reason for such a disagreement to be definitively settled anytime soon (one way or the other), as the province and the federation seem to have it constitutionally right. And the ultimate meaning of these facts will be the realization (if honest clarity prevails) that it is actually not just one thing (MAID), but two very different things: d on the one hand, decriminalized euthanasia to support an alleged "right to die";and on the other hand, euthanasia justified as a medical treatment.

Throughout this series of articles, I have attempted to show that the ethical path (and logical implementation) of euthanasia-right-to-die and euthanasia-medical treatment is entirely different and that the great evil has already come from confusing the two. Fortunately then (in Canada at least), it would now appear that our political and legal landscape is in fact divided (between the provinces and the federation) in such a way as to naturally force us towards precisely this desirable conclusion.And whether by the genius of our founders (or the blind luck of historic compromise), we now seem uniquely placed to pursue these questions in a dynamic environment
of honestly competing principles and policies.

Because Quebec is not alone in possessing the real powers (and the potential motivations) necessary to adopt a distinct vision of medical euthanasia. There are, in fact, ten provinces, each representing populations of various philosophical persuasions, and each of which enjoys the same constitutional powers described. Quebec has certainly provided us with valuable precedents in this regard, but we can expect that other provinces will soon respond in the same way.

For example, the original medical interpretation of euthanasia was strictly limited to patients who were dying. In Quebec's landmark Bill 52, the practice was explicitly defined as “end-of-life care”. (And it's the only example in the world of euthanasia actually defined as medical care.) I personally had the honor of speaking to the Quebec Special Commission (on the evolution of end-of-life care). de vie, 2021 -- French only, hearing , memory ) where I encouraged the deputies present to simply ignore C-7. "Why", I asked, "should Quebec accept a medical interpretation of theQuite simply: a quick study of the reasons proposed for the adoption of the original law 52 ("Law on end-of-life care") reveals that these reasons could not be applied to the viable patient (opinion with which several of the the original architects of this law now agree). Moreover, the rejection of euthanasia, for the mentally ill, would imply that such arguments have not been entirely unsuccessful.

Criminal law and medical practice are therefore taking divergent paths today. Euthanasia by choice and euthanasia as medical treatment are no longer interchangeable terms.There is no reason why other provinces should not define medical euthanasia in a narrower sense: to maintain the end-of-life provision, or even: to reject the notion of medical euthanasia altogether.

No such measure would prevent deaths resulting from the legal immunity provided by federal Bills C-14 and C-7, which now allow for a de facto "right to die" (by decriminalizing assisted suicide and euthanasia in prescribed circumstances). However, provincial definitions of medical euthanasia will have a critical impact on the medical professions and on the therapeutic experience of the typical non-suicidal patient.

It is time, I believe, for provincial officials everywhere to realize the power and responsibility they have in this area.
By Gordon Friesen
Member of the EPC Board of Directors
https://alexschadenberg-blogspot-com.translate.goog/2022/01/what-is-good-of-euthanasia-part-v-how.html?_x_tr_sl=auto&_x_tr_tl=fr&_x_tr_hl=en
UP