What place for LGBTQ2S + challenges in the electoral campaign? 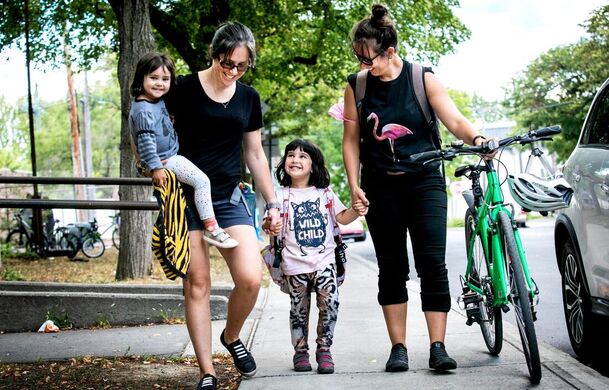 " I'm a little bit worried. I know that I have little chance of winning my elections, but I only hope that our situation will not worsen, ”says Anne-Gaëlle Habib. The woman, lesbian and mother of two, believes that "Canada is ahead" in terms of rights for the LGBTQ2S + community, but she is aware that these advances, obtained over decades of struggle, are fragile. “It can quickly go the other way if we don't stay vigilant,” she said. We could lose some gains. "

It's the end of the day in the Hochelaga district. Anne-Gaëlle Habib and Julie Antoine come home with their two daughters, Alexie, three, who comes from daycare, and Maëlle, five, who has just started kindergarten. The two women are activists, politicized. They came out . But little Maëlle, who is hiding behind her mother, is not there. “My own daughter decided not to say that she had two mothers,” says Julie Antoine with a sigh. It's sad, because I made my choices, but it forces my children to come out too, to say that they are different. "

Having children, when you're a lesbian, is still a challenge and "requires courage", according to Julie Antoine, who works as general manager of the Quebec Lesbian Network. Because, yes, prejudice and discrimination are still there, she believes.
However, the activist finds little echo to the ideas she defends in the electoral campaign. “There is this false belief that we have achieved legal and social equality. But it is not because we have acquired rights that these are respected, ”she said.

At the office of the Quebec Lesbian Network, rue Plessis in the Village, her colleagues Kassandra Rivest, archivist, and Nicole Lacelle, member of the board of directors, agree with this.

Questions specific to members of the Quebec Lesbian Network are "invisible," notes Ms.  Lacelle.
“The L, in LGBT, is a bit neglected. It always has been. "

The members of the network are “doubly discriminated against” by their status as women and lesbians, affirm the activists who claim the recognition of “lesbophobia” in the same way as for homophobia, transphobia and biphobia.

- Julie Antoine
Moreover, this is the question that Julie Antoine would like to ask the candidates: “Do you know what the term lesbophobia means? Nicole Lacelle bursts out laughing. “In the sense of the famous question on the price of a pint of milk!
»She launches, looking at her young colleague with pride.

The 74-year-old lesbian activist has fought well over the decades and benefited from advances in rights. At the time, she says, she feared the police raiding lesbian bars. Today, she finds it "wonderful" to see women kissing in the street, but she is still afraid. “It's a grandmother's reflex,” she admits. I'm afraid they will be attacked in the street. Especially since the advent of Trump, the level of hatred has increased in society. We were more careful. "

There is still a long way to go in terms of rights for people in the community, believes Ariane Marchand-Labelle, executive director of the Quebec LGBT Council. “What is offered to us in the various party platforms is really the bare minimum,” she said on the phone. When we talk about banning conversion therapy, I just can't believe that we are still having this discussion today. When we are presented with this as the big “gift” that the parties want to give to the LGBT community, quite frankly, I find it very minimal. " 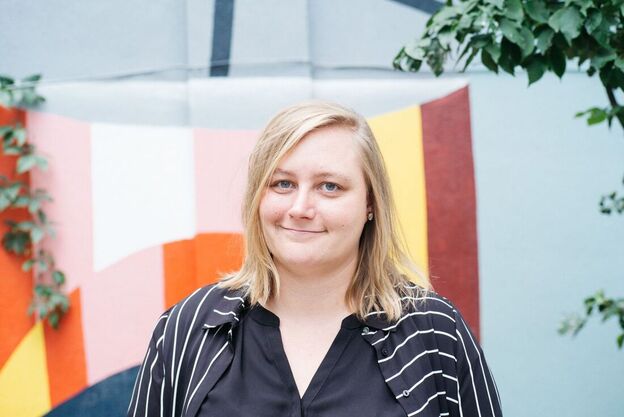 The outgoing government had introduced a bill to ban conversion therapy - a practice that aims to change a person's sexual orientation to make them heterosexual or to change a person's gender identity so that they are corresponds to the sex assigned to him at birth - but this one died on the soap opera with the start of the electoral campaign. "All the major parties in a position of being in power say they will ban conversion therapy," notes Ariane Marchand-Labelle. But the devil is in the details! "

In a debate organized by activist groups with representatives from all political parties on Zoom earlier this week, Conservative candidate for Victoria, B.C., Hannah Hodson, who identifies as a trans and queer woman, argued from the outset that she "would be proud, as an MP, to vote to ban conversion therapy", indicating that it was a "disgusting practice that has no place in Canada" .

She did not say whether a Conservative bill would include gender identity or gender expression, but she attacked the outgoing government for failing to pass the bill before the election was called. "It was the Conservatives who delayed passage of the bill," said Liberal MP for Don Valley West, Ont., Rob Oliphant. With all due respect, Hannah, you are joining a club that will not welcome you with open arms, ”he told the trans candidate, alluding to the Conservative Party's positions on LGBT rights.

At the LGBT Quebec Council, we are also outraged by the fact that the ban on blood donation for men who have sex with men is still in effect, while the Liberal Party pledged in 2015 to lift this blood donation. prohibition.

Finally, the Council calls for relaxation in the eligibility criteria for asylum seekers from sexual diversity and gender plurality, who must prove their sexual orientation or gender identity, a request deemed unrealistic insofar as most of them
have spent their lives in hiding to survive in their country.

A previous version of this text indicated in the photo caption that Julie Antoine was on the left and Anne-Gaëlle Habib, on the right. It is rather the opposite, the latter being on the left of the photo.