return
The legislation would close the three abortion mills in the state and leave no exemptions
​ for rape or incest in the event Roe v. Wade is overturned. 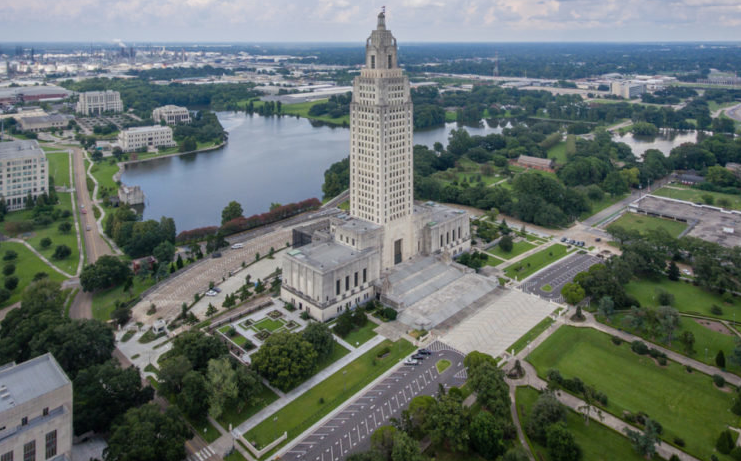 WASHINGTON, D.C. (LifeSiteNews) – The White House described a Louisiana pro-life bill that would ban abortion in the state with few exemptions as “extreme” and called it an “attack” on “fundamental freedoms.” The critique comes
in the wake of the Louisiana legislature passing the law Sunday.

In a statement Monday, Press Secretary Karine Jean-Pierre said, “The Louisiana legislature has taken the latest step in a growing attack against the fundamental freedoms of Americans … Louisiana’s extreme bill will criminalize abortions with no exemptions for rape or incest and punish reproductive health care professionals with up to 10 years in prison.”

“The president is committed to protecting the constitutional rights of Americans afforded them by Roe for nearly 50 years, and ensuring that women can make their own choice about their lives, bodies, and families,” the statement continued.

The Louisiana Senate passed S.B. 342 Sunday with little debate after being amended in the State House of Representatives. The bill, sponsored by pro-life Democrat Senator Katrina Jackson, expands upon a 2006 law that would have
outlawed abortion in Louisiana in the event Roe v. Wade was overturned.

According to the provisions of S.B. 342, Louisiana would close the three remaining abortion mills in the state and ban abortions after “fertilization and implantation.” The only exceptions allowed by the bill include ectopic pregnancies, or pregnancies in which fertilization takes place outside of the uterus, and pregnancies in which the infant could not survive postpartum. The bill further states that for a woman to get an abortion, she would need to get a diagnosis from two separate doctors.

The bill also imposes a prison sentence of fifteen years and up to $200,000 in fines for abortion providers. Abortion patients are excluded from prosecution and fines under the bill. The bill’s provisions would go into effect provided the overturn of Roe.

Critics of S.B. 342 say that the bill’s provisions could expand the definition of personhood, and thus make
abortion providers and patients subject to Louisiana homicide statutes.

Jackson, reacting to the White House’s statement, told USA Today, “I respect the president, but the bill is consistent with my pro-life views throughout my life and career.” Jackson previously co-wrote an Amendment to the Louisiana Constitution that stated “nothing in [the Louisiana] constitution shall be construed to secure or protect a right to abortion or require the funding of abortion.”
Louisianians overwhelmingly voted for the amendment.

Louisiana governor John Bel Edwards, a pro-life Democrat, is expected to sign the bill. Speaking to reporters last week about his preferences for exemptions for rape and incest, Edwards said, “I really don’t want to go anywhere near veto language on the bill, because vetoing wouldn’t accomplish what I’m saying I would like to have, and that is the exemption for rape and incest.”

Edwards has previously supported pro-life legislation. In 2019 he signed a heartbeat bill that banned abortions in Louisiana in cases when a fetal heartbeat could be detected, and in 2018 he signed a fifteen-week abortion ban that was modelled on the Mississippi law that serves as the foundation for Dobbs v. Jackson Women’s Health Organization.

The bill comes in the wake of a leaked Supreme Court opinion of Dobbs v. Jackson that would allegedly overturn Roe. The court has yet to issue a ruling on Dobbs. Since the leak, a series of attacks on churches and pro-life centers carried out by abortion activists has escalated.