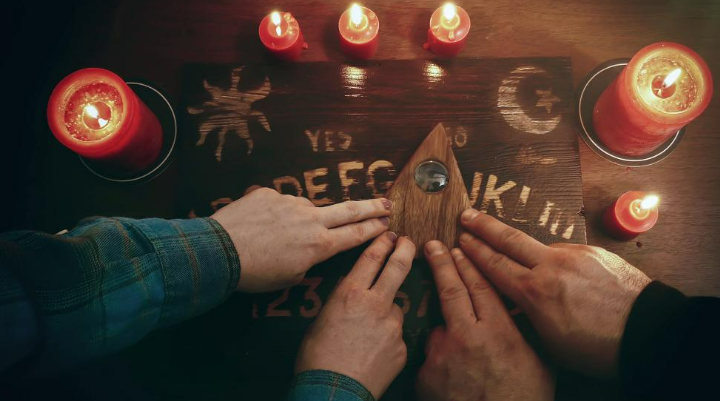 With horoscopes, witchcraft, and the occult seemingly increasing in their presence and prevalence, some might wonder why these practices — traditions the Bible condemns — are ever-present.

Jareb and Petra Knott, coauthors of the book “The Science of Deliverance: How Spiritual Freedom Brings Physical Healing,” operate a deliverance ministry to help set people free from demonic influence. Petra explained why she believes so many people today are turning to the occult.

“The fascination with evil in society right now — we have a huge interest in the supernatural and people don’t know where to turn to learn about that,” she said. “So, they’re turning to the wrong side.”

Petra said fear is another factor that leads people toward these practices.

“Witchcraft gives people the illusion of control in their life, and so there’s a huge pull to witchcraft because people feel like they can do the right things and cause their life to be better,” she said. “And then the church … has been reticent to talk about these things, so we’ve left a void, and now we’ve got people who go to the church and ask questions, and they’re not getting answers.”

Listen to Jareb and Petra explain how and why these issues are raging:

Petra said she sees it in her ministry with clients who come for deliverance and proclaim they’ve never engaged in witchcraft.

“[They’ll say], ‘I’ve done horoscopes, I’ve done seances, I’ve done Ouija boards, I’ve done, you know everything under the sun … but I’ve never done any witchcraft,'” she said. “It’s because they don’t have the understanding that all
of those things aren’t fun and games; they are witchcraft.”

Jareb added his belief that “this is the enemy’s design” to see culture inundated with these themes, and he warned
about the “desensitization of the children” in modern society.

“Many facets of our society and our media culture are just putting in little tidbits of friendly witchcraft,” he said,” referencing “Harry Potter” and some of the vampire shows and films that have gained prominence. “It’s making the demonic a friendly face. And it’s making it so that it’s palatable — that it’s fun and everybody can have a wand, and we can do little abracadabra and fun things.”

But Jareb warned that these elements, over time, open doorways “to the enemy” and that “demons are having a heydey.” He added his belief that Satan’s plan is to “create a culture where he has free reign, and that thoughts of Christ and salvation are taking a second seat.”

“We’re giving an opportunity to the enemy to come into … our life, our home, our families, our places of work,” he said. “And whether or not there’s a demon waiting behind that door is irrelevant because the longer that door is open,
something’s going to pass by and likely take interest.”

In the end, Jareb said the remedy is for Christians to rise up, share the truth, and witness to people around them. When individuals are finding solace in the occult and not in Christ, he said it’s an issue for the church to heal.

“That’s something that needs to be remedied by the body of Christ … to be what God called us to be,” he said. “So that we can outshine what the enemy’s trying to do and, frankly, right now the fascination with evil is currently a greater pull, and that’s the sad truth.”

Listen to the full discussion for more on this fascinating topic.