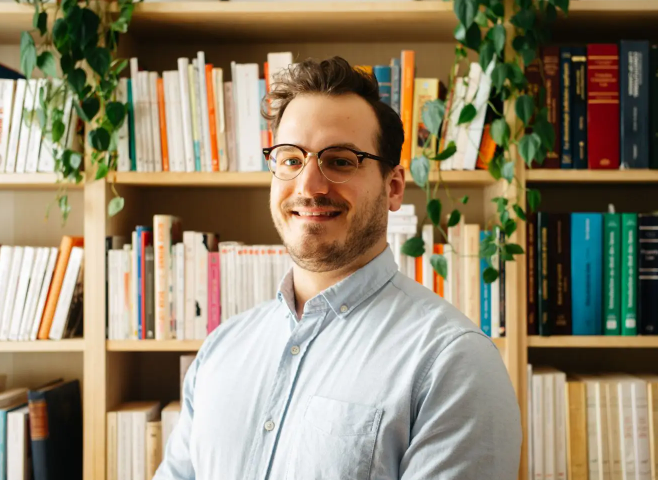 Inclusive writing is progressing at a snail's pace in academia. This feminist and non-binary language remains marginal in scholarly publications, which struggle to navigate the proliferation of inclusive writing methods.

It is not tomorrow the day before that “authors”, “researchers” and “students” will have to write their articles in inclusive language. Testimonies collected by Le Devoir reveal that this form of writing remains infrequent in academic journals.

﻿If inclusive writing “remains a minority writing practice, its use is progressing and is the subject of debate, even controversy”,
notes a recent French study on the question.

The leaders of the survey (Olivia Samuel and François Théron, from the University of Versailles Saint-Quentin-en-Yvelines, and Marie Loison-Leruste, from the Sorbonne Paris Nord) compared the editorial policies of 64 French-language science journals social. Barely three publications require inclusive writing, seven on the contrary refuse this type of writing, and 52 accept some form of inclusive writing – “sometimes very limited to a few terms or expressions”. Two other journals studied had no such policy.
Some editors of scholarly journals consider inclusive writing as a burden that complicates their task
and that weighs down already complex texts, underlines the study.

Inclusive writing remains such a recent phenomenon that there is no consensus on which forms of writing to favor, explains Alexandra Dupuy, a doctoral student in linguistics at the University of Montreal. In this great politico-linguistic ferment, a series of inclusive methods are put forward: generic feminine, epicene writing, midpoint, parentheses...

“We are in the infancy of inclusive writing. It may be a change that is underway. Will he stay or not? We will have to observe this over time to be able to tell, ”explains Alexandra Dupuy.

The linguist notes, for example, that the word “autrice”, which until recently provoked heart-rending debates,
seems to be coming into use in Quebec.

Inclusive writing is far from unanimous, even in progressive academic circles. Thus, Alexandra Dupuy was not authorized to write in inclusive language her final baccalaureate project, which nevertheless focused on the feminization of writing.

Marc-Antoine Picotte, a doctoral student in civil law at the University of Ottawa, had a similar experience: a scholarly journal approached him to publish his master's thesis (which earned him a mention from the jury), but on the condition that he renounces the writing in the generic feminine of the original text.

“It's surprising that we haven't made more progress in terms of inclusive writing. I have the impression that we are in a transitional period which could be necessary to rethink the language,” says Marc-Antoine Picotte. He describes himself as an "ally" of women and non-binary people who demand a language without sexism.

“In our law classes, we are taught to be as specific as possible. Language is our raw material. It is advantageous to use a language that recognizes the presence of women and non-binary people, ”says the doctoral student in law.

Michaël Lessard, lawyer and doctoral student in law at the University of Toronto, goes even further:
“The use of the generic masculine is no longer justified today,” he states bluntly.

With his colleague Suzanne Zaccour, from the University of Oxford, he wrote a non-sexist Grammar of the French language and a recent article which demolishes the “myths” surrounding inclusive writing.

“Gender rules in French have a patriarchal motivation and history. There is therefore a beautiful irony in accusing people who adopt inclusive writing methods of “distorting” French or “politicizing the language! On the contrary, it is to respond to the sexist politicization of language that we invite everyone — lawyers included — to refuse to erase women and non-binary people,” write Lessard and Zaccour.

The way laws are drafted can harm the rights of some citizens, say lawyers. Until the last century, judges variably interpreted the word “person”, which could exclude women when it came to access to certain professions and even the right to vote.

A Supreme Court judgment referred to “letters and letter carriers”. Others have used the generic feminine, the midpoint (student), the slash (student), the epicene wording (the "student population" rather than "students").

Marie-Christine Paret, retired professor of linguistics from the University of Montreal, believes that the feminization of titles goes without saying, as well as the epicene formulas.

She nevertheless denounces abuses that she attributes to “extremists”. “Words formed with dashes, midpoints, or parentheses are unpronounceable. Young people already have a lot of reading difficulties. It is inconceivable to force them to read such texts. It doesn't stand up. Language evolves with practice. Can you imagine the practice of this kind of thing? I don't think it has a future. »