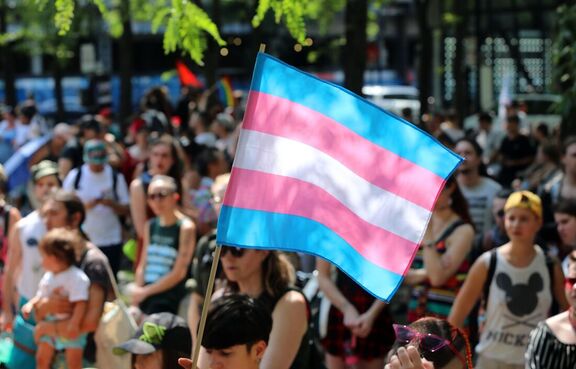 The Quebec government insists that a minor who wishes to change his gender identity on his birth certificate has the consent of a professional. But his decision to appeal part of an important Superior Court judgment affecting trans and non-binary people is not well received by organizations representing them.

"It seems that the government is starting from the principle that it is easy to make a legal transition," said Ariane Marchand-Labelle, Executive Director of the Quebec LGBT + Council. But this is not the case. No one does this when they wake up in the morning. "

"We want to perpetuate a barrier that is really expensive," says Céleste Trianon, member of the Center for the fight against gender oppression (which is the plaintiff in the cause). According to the trans rights activist, this is a "direct attack on the rights of trans and non-binary adolescents, who already face systematic discrimination." We strongly denounce this decision ”

Both refer to the recent decision of the Attorney General of Quebec to appeal an element of a judgment rendered in January by Judge Gregory Moore of the Superior Court.

In this awaited decision, Judge Moore invalidated in particular section 23.2 of the Regulation relating to the change of name and other qualities of civil status. This article requires that any request to change the designation of the sex of a minor (14 to 17 years old) be "accompanied by a letter from a doctor, psychologist, psychiatrist, sex therapist or a social worker who declares to have assessed or followed the child and who is of the opinion that the change of this indication is appropriate ”.


We come to say that yes, we defend the rights of trans people… but on the other hand, minors are something else. We are confused and we do not understand this distinction.

- Ariane Marchand-Labelle
According to Justice Moore, the current provision “violates the dignity and the right to equality of trans and non-binary persons”. During the hearings, the complainants argued that the requirement to obtain such a letter represented an obstacle (financial, among others) which prevented young people from changing their sex designation. Without the precious letter, they remained vulnerable to marginalization.

They also argued that it was difficult for a minor to find a professional familiar with trans issues. One of the witnesses at the trial must have visited three professionals before getting said paper - the first two were "uncomfortable" with the question,
or tried to convince him not to make the change.

In his notice of appeal, the Attorney General says Justice Moore made several errors of law. “The judge wanders when he concludes that there is no rational link between the requirement to obtain a letter from a professional […] and the verification of the seriousness of the approach of the minor aged 14 to 17 years. ”, We argue.

Quebec affirms that the whole of article 23 "pursues the real and urgent legislative objective of verifying the seriousness of the minor's request", and that the article must be read in its entirety to understand it.

In addition to the letter from a doctor or a social worker, the article requires a minor applicant to submit a sworn statement attesting in particular that his "consent is free and informed" and that the "mention of the sex he is requesting is the one that best matches its gender identity ”. It is the sum of these two steps (the declaration, then the certificate of a professional to validate) that makes it possible to verify the seriousness of the request, argues Quebec.

Justice Moore is also criticized for having forgotten that the letter accompanying the request to change the designation of sex can be signed by a social worker, and not only by health professionals with "knowledge of the issues related to reality. transgender minors ”. Thus, the process currently required does not fall under "medical treatment" or "health issue", notes the Attorney General.

“The designated professional does not examine the merits of self-determination of [the minor's] gender identity, but rather that the change in the designation of their sex is appropriate,” it adds.

Overall, Quebec maintains that the legislator is “best placed to determine the appropriate measure among a range of proposed solutions” when it comes to “complex social issues”.

Ariane Marchand-Labelle sees Quebec's position as a kind of age discrimination. “We judge 14-year-olds capable of making several decisions for their health. But if they are trans, do they no longer have the necessary autonomy? She asks.

By contesting only this aspect of the Moore judgment, the government "is trying to cut the pear in half", also analyzes Ms.  Marchand-Labelle. “We come to say that yes, we defend the rights of trans people… but on the other hand, minors are something else. We are confused and we do not understand this distinction. "

It should be noted that in addition to this issue of certification by a doctor or a social worker, the Moore judgment invalidated several articles of the Civil Code of Quebec deemed discriminatory against trans or non-binary people. He gave the government until December 31, 2021 to correct the situation ... and Quebec will comply with the bulk of the judgment.

This means, in particular, that the certificates issued by the Directorate of Civil Status will soon offer an additional option to those who do not identify with the “male” or “female” categories to designate their gender identity.

Applying other elements of the judgment will also facilitate the process by which trans people (whose gender identity differs from the sex assigned at birth) can change their identity in civil status documents.
LE DEVOIR
Guillaume Bourgault-Côté
https://translate.google.com/translate?hl=en&sl=auto&tl=en&u=https://www.ledevoir.com/politique/quebec/598703/personnes-trans-les-mineurs-doivent-etre-encadres-plaide-quebec?utm_source=infolettre-&utm_medium=email&utm_campaign=infolettre-quotidienne
UP